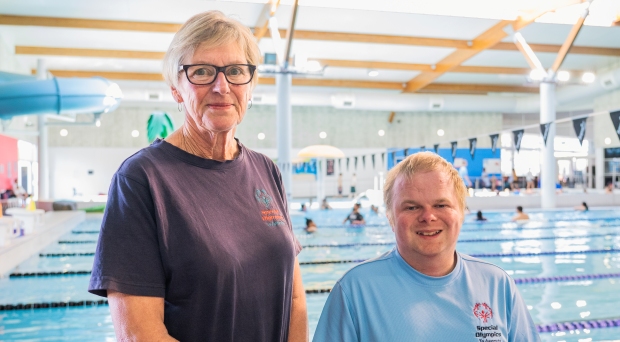 Matthew has Russell-Silver syndrome, a genetic growth disorder, and is one of 40 athletes from New Zealand who will be traveling to Berlin for the World Summer Games in June 2023.

It is the world’s largest inclusive sporting event, and over 7000 athletes from 190 countries are expected to attend.

But only four athletes from New Zealand, including Matthew, will be there to swim.

“I am very proud of him, it is just awesome,” said swimming coach Shelley Blair.

The 28-year-old swimmer is an athlete representative for the Te Awamutu’s Special Olympics team.

Shelley worked with Matthew as a swimming coach before he started swimming for the Te Awamutu team in 2010.

She said Matthew began swimming in short distance events, but over the years developed into a longer distance swimmer, taking on 200 metre Backstroke and freestyle, 100 metre backstroke, and the backstroke leg for the 4 x 50 metre medley relay.

Earlier this month Matthew won two firsts, a second, and a third at the Special Olympics swim meet in Te Awamutu.

Matthew says he has put “quite a lot of work” into getting to where he is now, and has been training four times a week in preparation for upcoming national and world events.

“It is awesome, he has been nominated before and wasn’t successful, but he’s got his opportunity now. It is like the icing on the cake really,” said Shelley.