A field day has left farmers enthusiastic for their part to play in the recovery of Lake Ngā Roto’s water quality.

“I think there was a lot of enthusiasm for getting the message out there… the more we do now, the better it will be further down the track,” said New Zealand Landcare Trust (NZLT) Waikato regional coordinator, Nardene Berry. 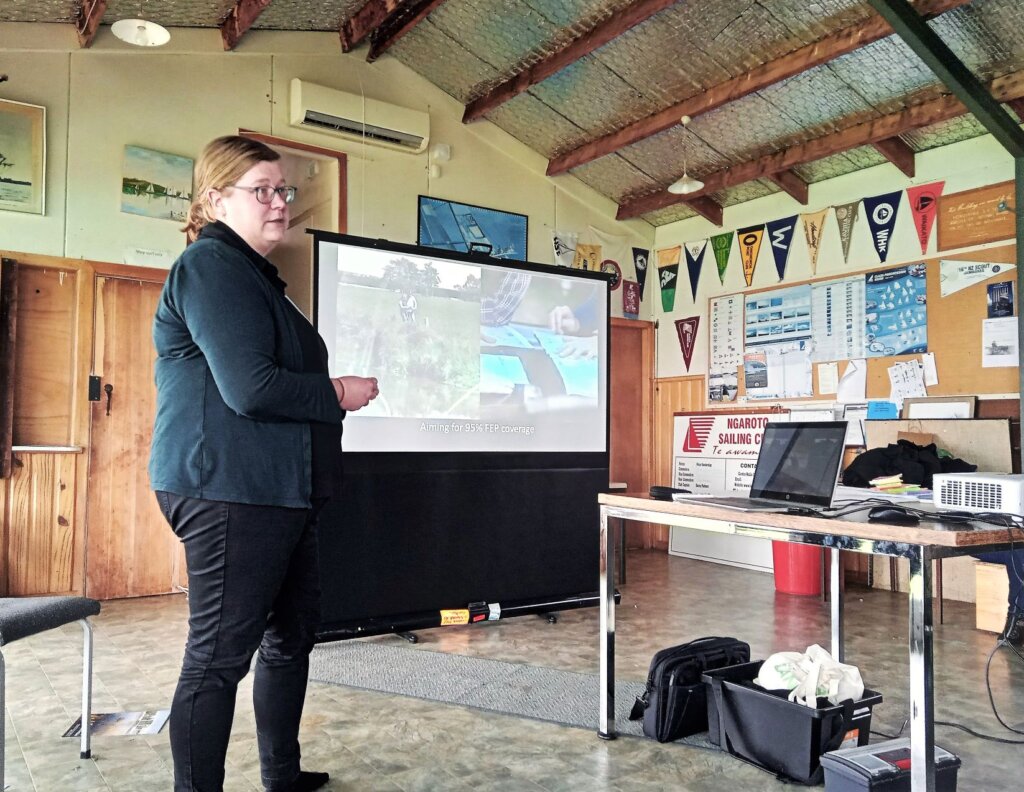 They celebrated the work that has been done to help improve the quality of Waipā’s peat lakes, as well as what must be done.

Berry said the field day had a specific focus on the recovery of Lake Ngā Roto, Waipā’s largest peat lake.

Berry said the lake’s poor water quality is the result of incremental changes to its surrounding environment.

“It is a death by a thousand cuts… so many incremental things have happened over the years which have made it worse. Now, we have to do thousands of little things to make it better, and everybody needs to do this together,” she said.

There are many things that farmers are, and can be doing, to help reduce the amount of nutrients entering the lake, Berry said.

They include the use of Farm Environment Plans (FEPs), not grazing wet pastures in the winter, and planting up watercourses or drains to help provide shading and reduce the temperature of the water going into the lake.

Some the work is already being carried out through the Living Waters Manga-o-Tama Ōhaupō Peat Lakes to Waipā River Connection project, a collaboration between NZLT, councils, Fonterra, iwi, and farmers, that aims to improve the water quality of Nga Roto and other Waipā peat lakes.

“The farmers that were there, most of them had done this kind of work already, so we were singing to the choir. The people that were not there were the ones who had not done anything,” said Berry.

“I think everybody left feeling really energised about that,” said Berry. “The farmers that were there, most of them had done this kind of work already, so we were singing to the choir. The people that were not there were the ones who had not done anything.”

Despite a strong interest in improving the lake’s water quality, it is unlikely to get better anytime soon.

“Making changes to the land use around the lake will help but it won’t change the lake’s water quality straight away, it will take a good number of years,” said Berry.

“It is going to take more than what we can do right now… but that is no reason for us not to do anything.”