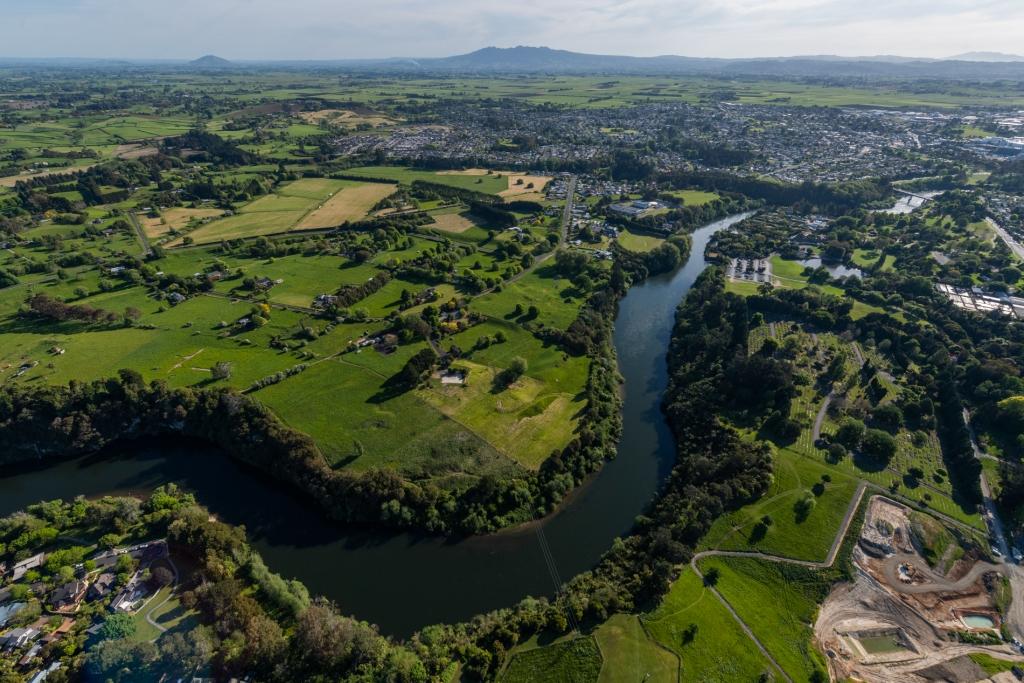 The mighty Waikato River and the region alongside it.

A coin toss could decide who chairs Waikato Regional Council this term, continuing what has been a tumultuous 2022 for the council.

Lobbying for the position of chair – the third this year – began only hours after incumbent Barry Quayle missed out on one of two places for the Waipā-King Country constituency. And The News understands Russ Rimmington, who started the year as chair and finished it as a defeated Hamilton candidate, is actively promoting North Waikato dairy farmer Pamela Storey.

Her competition for the seat comes from Angela Strange in Hamilton. She was the top polling regional council candidate, who impressed in her first term as public transport chair.

Selection for the job, which comes with a $163,254 pay packet, takes place next Thursday.

Publicly both contenders are downplaying the contest, but The News understands each has seven votes.

Strange has support from Tipa Mahuta and Kataraina Hodge in the two Māori constituencies – Ngā Tai Ki Uta and Ngā Hau E Whā – with Hodge favourite to get the deputy chair’s position. There is reportedly a split in Waipā-King Country with Clyde Graf favouring Storey and Stu Kneebone in the Strange camp. The crucial vote could be that of Noel Smith who unseated Raglan-based Fred Lichtwark in the Waikato constituency.

Smith was a long-serving Waikato district councillor who is thought to favour Strange but is also seen as a potential ‘dark horse’ for chair given his experience in governance and management. He chairs the Waikato JPs’ Association.

Lichtwark appears to have paid the penalty for an unseeming role in the last term when he was suspended from the regional council for allegedly bullying Storey and then helped roll Rimmington from the chair’s position.

Rimmington started legal action against Lichtwark but dropped it on the eve of the election. Voters told both men to “sling their hooks.”

Strange’s supporters just want to move on from the mess that was Waikato Regional Council’s last term under Rimmington and see the former primary school teacher as the “fresh broom” the council needs. They point to her success as Regional Connections chair where she got councillors from several districts to agree to radical public transport innovations.

Those in the Storey stable are understood to be concerned at Strange’s links with the Labour Party. Her husband Jamie Strange is the Hamilton East MP. Graf stood on an anti-Three Waters platform as did other candidates and so would balk at any suggestion they favour the government’s water reforms. Storey has extensive governance experience.