Rowing legend Clive Steenson will be remembered at Lake Karāpiro when the Te Awamutu Rowing Club’s annual regatta is held on Saturday.

“Without his tenacity and enthusiasm, I don’t think we would be here today,” said club treasurer Shane Swinerd. 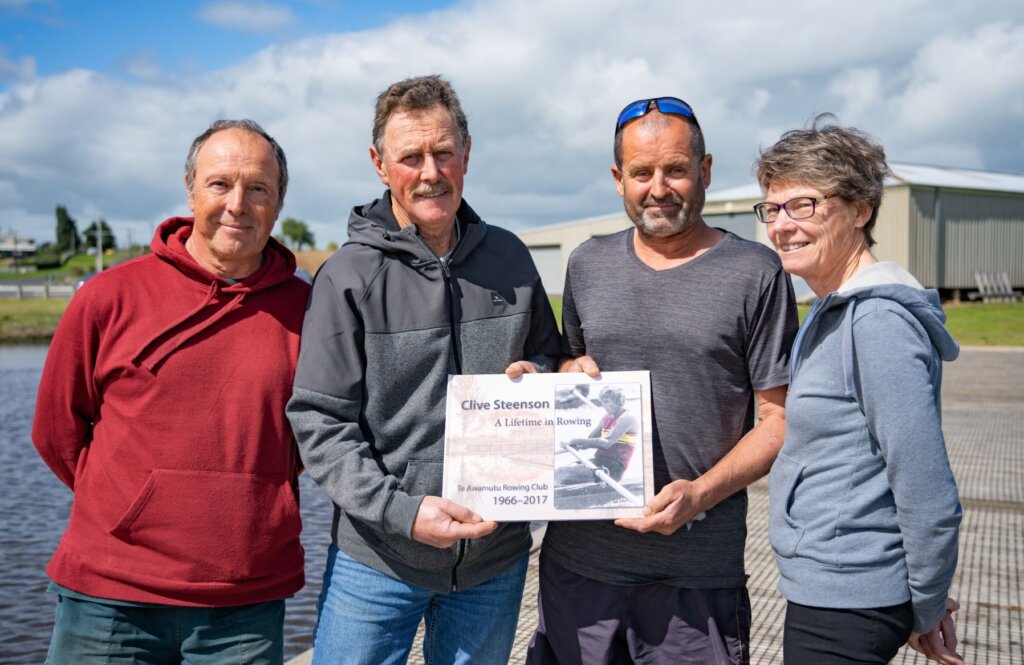 Steenson’s contribution to the club helped it become the best in New Zealand in 1981, when it won the Centennial Oar. He started rowing for the club in 1966 and “never left”.

He rowed until 1981 when he started coaching that same year, was the club captain for 11 years, and president for five.

He coached Luka Ellery, Graham Oberlin-Brown, and Hannah Osborne, who would go on to win silver at the Tokyo Olympics in 2020. 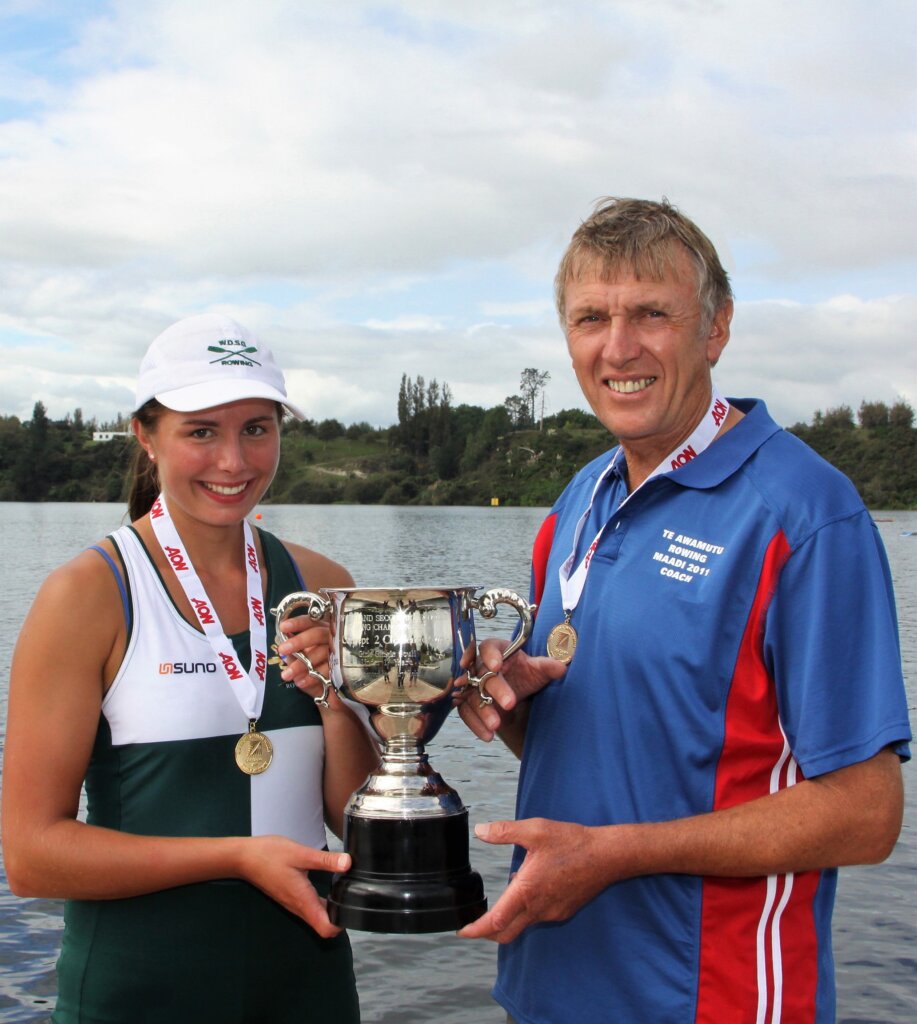 Hannah Osborne and coach Clive Steenson with the NZSSRC U17 Challenge Cup in 2011. Photo: Cathy Asplin

Clive was coaching for the club just months before he died in May last year, from an asbestos related cancer at age 74.

“Nothing was ever going to stop him from going out there unless somebody turned the lights off, and that is pretty much what happened… He coached right up until he couldn’t,” said Shane.

The club expects around 600 athletes from Waikato, Auckland and Northland to participate in the regatta.

In honour of Clive, the regatta is now called the Clive Steenson Memorial Regatta, and was supposed to be held last year but was postponed due to Covid.

It is the first regatta of the rowing season and is known as a friendly introduction to competitive rowing for novices. 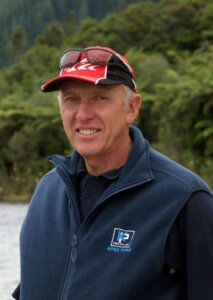 The pair produced a book of Clive’s rowing accomplishments in 2017.

Tony did the computer and design work for it, while Shane gathered the photos and materials needed.

It was presented to Clive in October of that year.

“We put on a night at the college in the staff room, I invited everybody that had been in the club that Clive either rowed with or coached. We had to keep it a secret from Clive, so I told him that I was going to put on an evening for a bit of a pre-season get together,” said Shane.

He also nominated Clive for the Sport Waikato Service to Sport award he won that year. “Every time he got a phone call about these awards, he would ring me and say, ‘you’re still interfering with my life,’ he was a very humble guy,” he said.

Clive owned a plumbing business in Te Awamutu and is survived by his partner Sue, daughters Yvette and Marsha, and their five grandchildren.