It was supposed to be a farmers’ protest, but they were not the only ones who showed up last week. 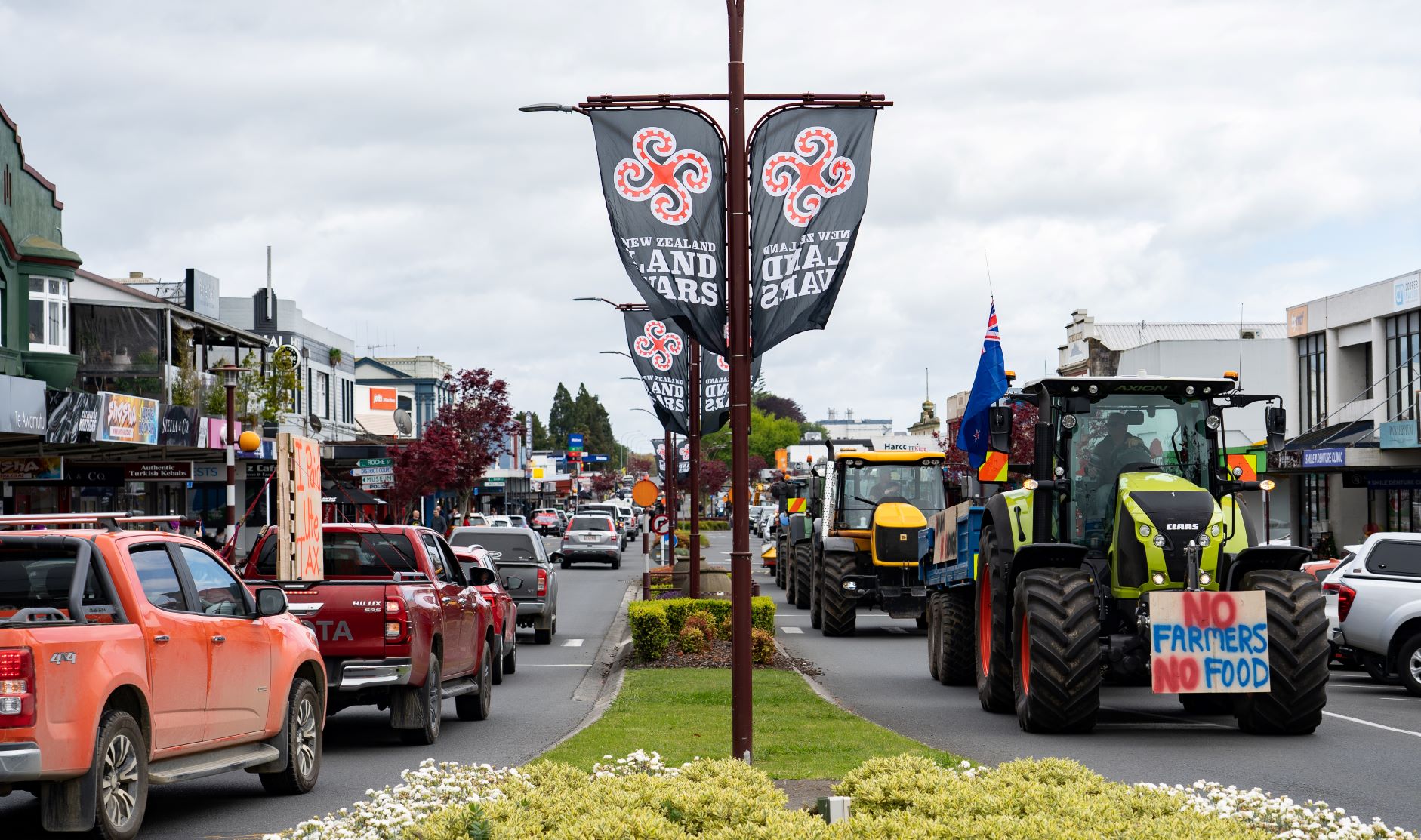 Tractors, utes, and a cherry picker drove laps around the town in support of the farmers. Photo: Benjamin Wilson

She has been selected to stand in the Taranaki-King Country electorate for the party, led by former National MP Matt King which was registered with the Electoral Commission this month.

Smith said they were there to protest against the Government’s newly announced levy on farm emissions, which she called “a ludicrous tax on food producers.” 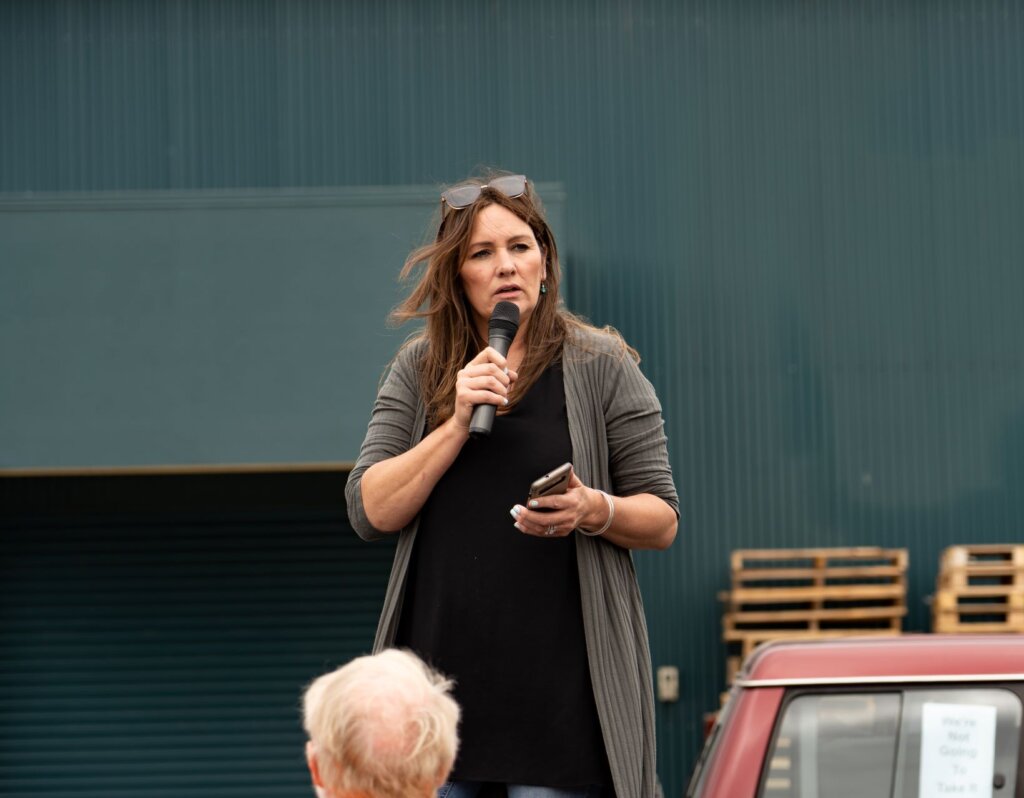 Roughly 100 protestors were present in Te Awamutu. Several sign written utes, tractors, and a cherry picker drove laps around the town in support of the farmers.

But due to the busy farming season, fewer farmers than expected could attend.

Waikato Federated Farmers president Jacqui Hahn said she was “flat out on the farm” and too busy to go to the protests, while Cambridge branch chair John Searle said he was “far too busy” to go anywhere.

Many of the protestors came with their own agendas.

One woman wore a shirt that wrote “New Zealand mainstream media are mercenaries of state terror.” 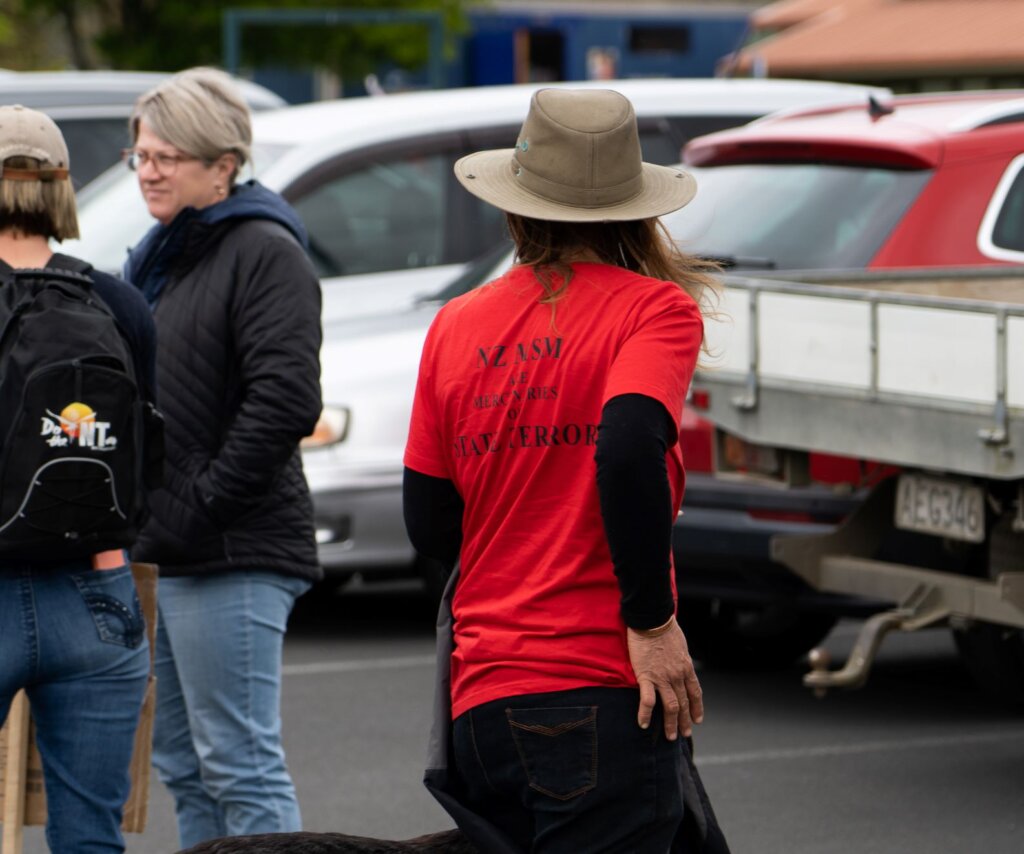 “We need some new conspiracy theories, because all of the old ones have come true,” was written on another person’s shirt.

There were anti Three Waters signs, anti-mandate signs, a Counter Spin Media vehicle, and a van in police colouring with images of New Zealand politicians, including Jacinda Ardern, behind bars.

A man named John from Tokoroa told The News that the levy was supposed to help the Government “control” the masses.

Unsuccessful mayoral candidate Bernard Westerbaan was present but was not actively involved in the protest, instead he opted to “quietly” observe it.

Voices for Freedom and Te Awamutu Community Board member Sally Whitaker held a sign that said, “this stops when we say no,” but refused to answer The News’ questions in person. 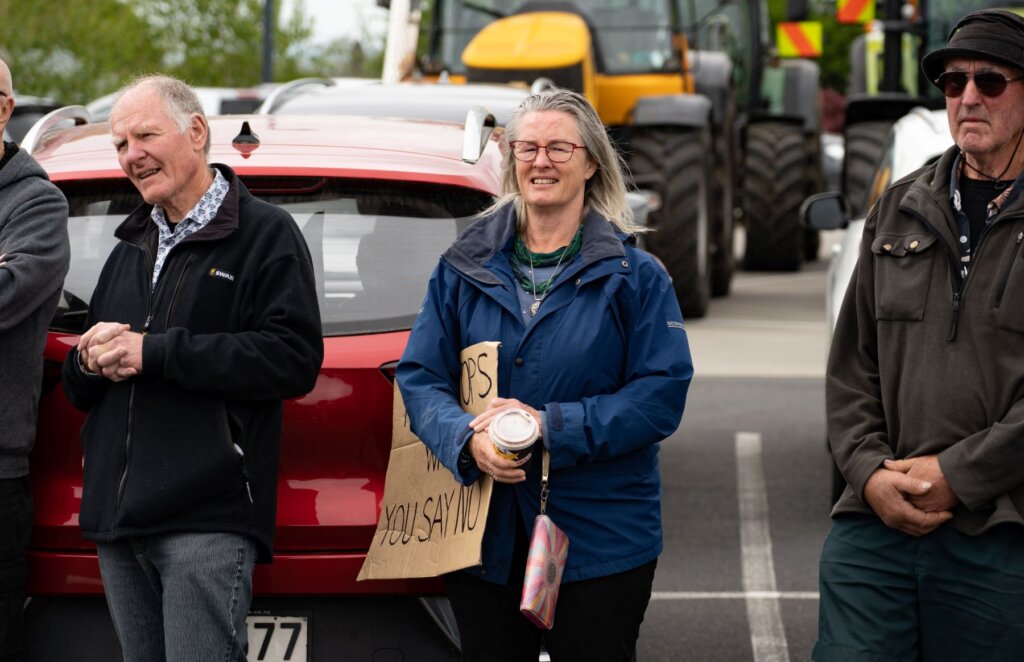 Te Awamutu Community Board member Sally Whitaker is aligned with the Voices for Freedom movement.

“I prefer it if they were written questions so that I can answer with some thought and am not misrepresented,” she said.

In writing, Whitaker said that despite the many different groups involved in the protest, their message was “very clear.”

“In my view all the organisations named were there in support of our farmers who already are the most sustainable food producers in the world and have had more than enough of this government’s undemocratic ruling.”

The farming levy is to be signed off by cabinet in early 2023 and would require farmers to pay for farming related emissions from 2025.