Tribute to a historian 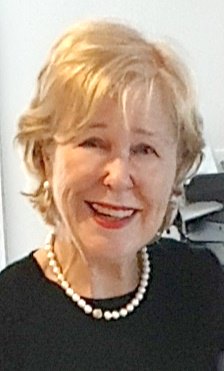 Te Awamutu’s Delysse Storey understood, through personal interest and study the historic importance of the phrase “Lest we Forget”.

It was an interest fostered in Cambridge, which in a New Zealand context is uniquely qualified through its association with Les Quesnoy as a place which remembers and commemorates this country’s service and sacrifice during WWI.

In that environment Delysse’s belief that the past matters was broadened from local history to one of national interest. She became the custodian of a shoe box of correspondence and photographs, filled with letters from “Somewhere in France” which traced the lineage of one of the many families whose future was extinguished when their only son died on active service.

In 2008 several members of the Cambridge Le Quesnoy Friendship Association, including Delysse, joined my by now annual 11-day, battlefield tour of the Western Front.

It became clear from our conversations that her experience with the contents of this shoe box representing the loss of an entire family, had awakened an empathy for a generation of women, who were burdened with grief for a lost son or a loved one.

On Anzac Day in 2012, I was present when Delysse made a presentation at Talbot House in Poperinge, Belgium. It was the contents of the shoe box of family effects and memorabilia, created by the death of 9/1777 Sapper Hugh Lisle Birkett on May, 11, 1917.

It was a symbolic act of remembrance for a  New Zealand soldier who  having died on active service, was now having the details of the family’s demise returned to be with him in a place of rest in Belgium.

It was an act which also made us aware of a country’s failure to recognise the gender imbalance in our post-war assessment of the impact of that war on the nation’s womenfolk, that was to be felt in 250,000 homes.

For Delysse, as a historian with a social interest in military affairs, the years in visiting France and Belgium had also created new friendships and at home further involvement occurred when with Elizabeth Morey we co-edited the book A Strong Sense Of Duty recording the life and times of a chaplain to the New Zealand Expeditionary Force (NZEF)  during WWI. He was Reverend Clive Mortimer Jones of St Andrews Church in Cambridge.

During the Covid pandemic Delysse, her husband, Reverend Keith Storey, and the Storey family were to endure the tragic loss of their youngest son Edward in Peru.

Over the past few weeks, as she faced the consequences of a terminal illness, it was remarkable to witness her strength of character and courage and fortitude.

Delysse died at her home on Sunday. A private service at St Paul’s Church was held for Delysse, who was laid to rest at Rangioawhia.

In lieu of flowers, the family said donations would be appreciated in aid of the re-establishment of a Ngati Apakura Marae adjacent to the early mission site at Rangiaowhia.

It is said history is not made by what you thought, but what you did. In that respect, Delysse delivered in a small but important way to our military heritage.