John Wood has pipped Norris Hall to the fifth spot on the Te Awamutu Community Board when returning officer Warwick Lampp posted the final results today. 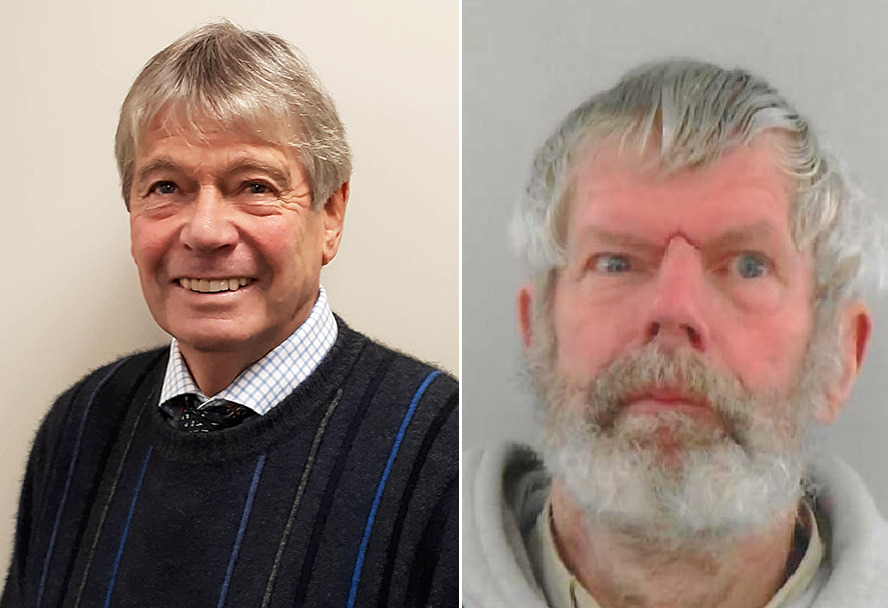 Is it Norris Hall, right, or John Wood, left, who will take the last spot on the Te Awamutu Community Board?

One of them will join the Te Awamutu Community Board – the question is who.

When voting closed on Saturday, Hall had a 28-vote lead over Wood. He wisely opted not to celebrate on the day – and as more votes were counted, Wood took a 31 vote lead on Monday.

The pair will learn who has been successful today when the final election count is revealed.

Meanwhile the newly elected Te Awamutu Community Board must improve its communication with the council and be a better advocate for the community. “It is about working better with council, focusing with on advocacy, and being there at the start of projects so we can get that community voice in before decisions are made,” Ange Holt, who chaired the board in the last term and was highest polling candidate this time, told The News.

Holt’s comments follow a review of Waipā’s community boards by local government consultant Steven Finlay, which was released in July this year.

Finlay said the community boards and council needed to better communicate with each other, so that the needs of the community were better represented. Holt was re-elected for the board on Saturday with incumbents Jill Taylor and Kane Titchener, and newcomers Sally Whitaker and John Wood.

Wood, a semi-retired plumber and drainlayer, says he has no agenda other than being a representative for the community, and ensuring that the board’s current projects get completed. “I have got no specific agenda of my own, I am there to make sure what the community wants is pushed forward to council,” he said.

He was previously the chair of the Pirongia Community Association, is a CommSafe trustee, and is on the executive committee of the Returned Services Association.

Wood says he doesn’t know the other community board members well.

“We have just got to work together, there may be some discrepancies between each other, but we just have to work for the best of the community,” he said. Whitaker, the other newcomer, has revealed she is aligned with Voices for Freedom.

“Having made no secret of my alignment with various groups like Voices for Freedom, New Zealand Doctors Speaking Out with Science, and Taxpayers’ Union to name a few, it is my belief our communities have spoken,” she told The News after being elected.

While she said she had made no secret of her stance, she was one of the candidates who did not respond to a series of questions posed by The News and which provided readers with extensive information on their opinions during the election campaign.

During her campaign Whitaker said that she was disillusioned with central government, and wants to push back against their overreach into local maters.

“It will be a privilege and a huge learning curve, to listen, learn and represent all those in our communities to the best of my ability. I relish this opportunity,” she said.

Her new colleagues Titchener, Taylor and Holt have also expressed  dissatisfaction at government mandated initiatives, such as the fluoridation of Waipā’s water supply and Three Waters.