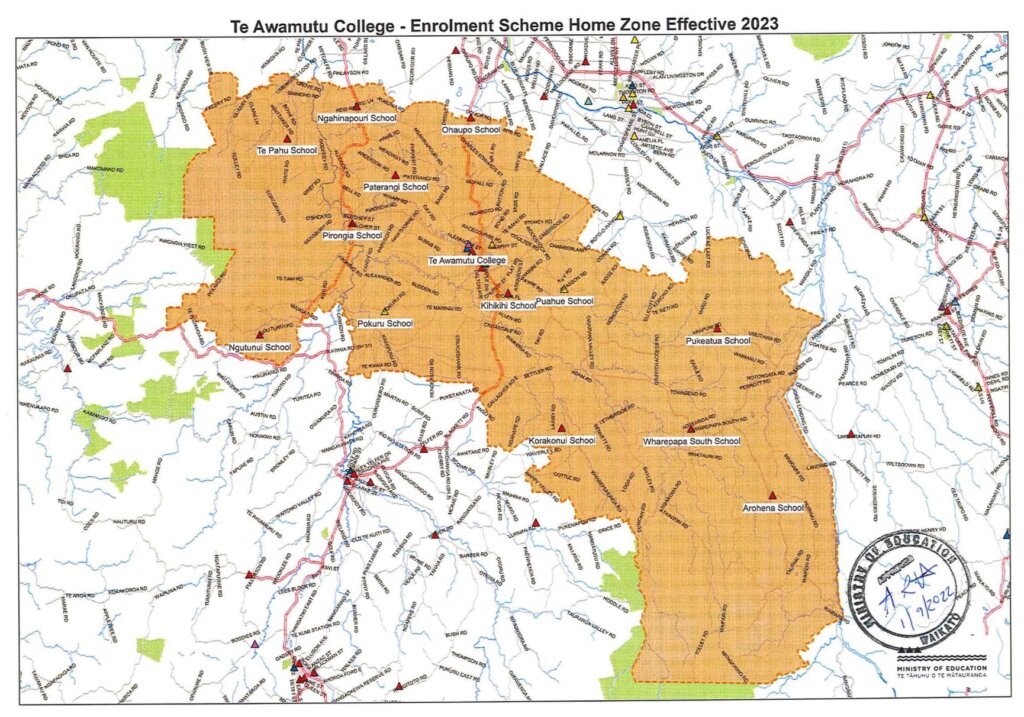 How the new college enrolment zone shapes up.

The scheme was finalised by the Ministry of Education on August 25, after its draft was amended to take into account feedback presented, including at a meeting in July.

“The things that were highlighted to the ministry by us and the parents were taken on board. You’re never going to please anyone but I think we got as close to that as we could,” said Te Awamutu College Board of Trustees chairperson, Craig Yarndley

Parents from rural communities were the most concerned and feared the scheme would separate students from their friends and networks.

“Pretty much all of the points raised have been taken into consideration and have been built into the scheme,” said Yarndley.

The school’s enrolment scheme will be effective from January 31. After that date any out of zone students will be subject to a priority list.