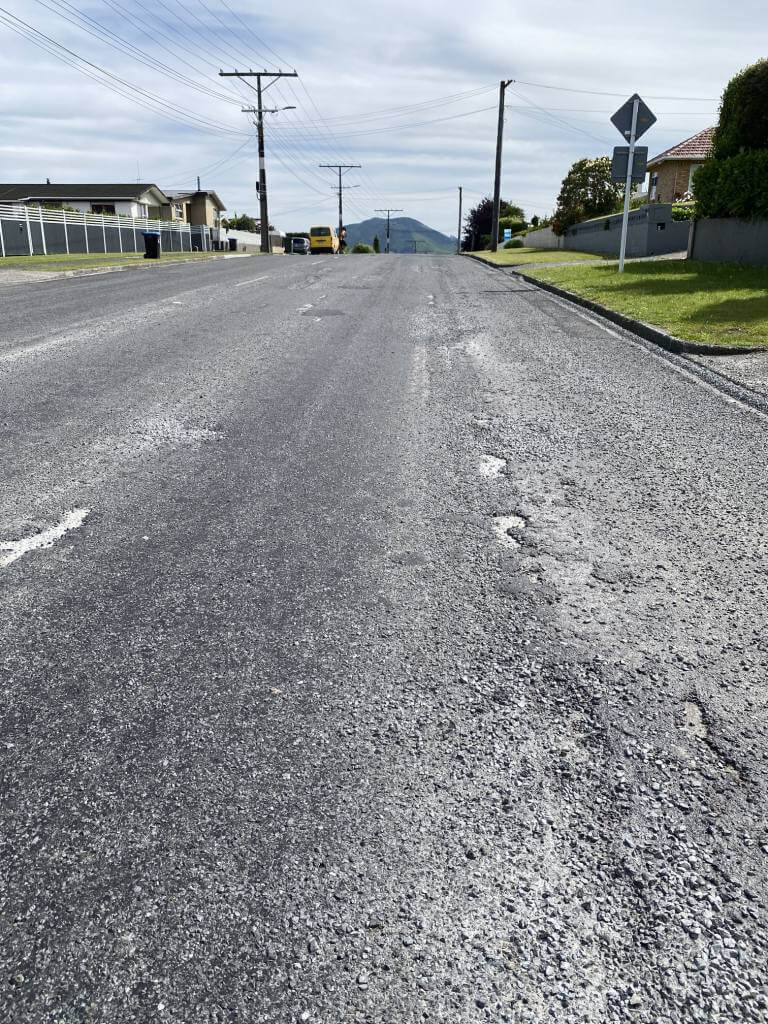 Fresh repairs completed on a Te Awamutu road have been partially undone due to an unexpectedly warm weather.

Puniu Road is causing frustration for council, contractors, and residents because unexpected warm weather melted the bitumen on the newly repaired road.

Potholes and broken patches were visible all over the road last week – less than three months after roadworks finished.

Paul Strange, asset engineer at Waipā District Council, says there are additives in the bitumen that need to be evaporated out in warm weather over a period of about a week. The unexpected hot day caused most of those additives to evaporate at once, making the tar sticky enough to pull up parts of the road when it stuck to car tyres.

“We saw it coming and tried to make some plans…. unfortunately, we couldn’t get there in time. They [contractors] got there around 6pm, which was probably two hours too late, and the damage was done.”

“Council is really frustrated, the contractor is hugely disappointed, they’ve put a lot of time and effort into that,” said Strange.

“It was a fiddly job from day one.”

The roadworks earlier this year were delayed by around six weeks after old utility lines were found underneath the road and checks had to be made to ensure they were not active.

Strange says the road is structurally sound despite the broken surface layer.

Council and contractors are expecting to complete permanent repairs in the next few weeks. These repairs are estimated to take one or two days.

“We know exactly where people are coming from, we appreciate they’re frustrated,” said Strange. 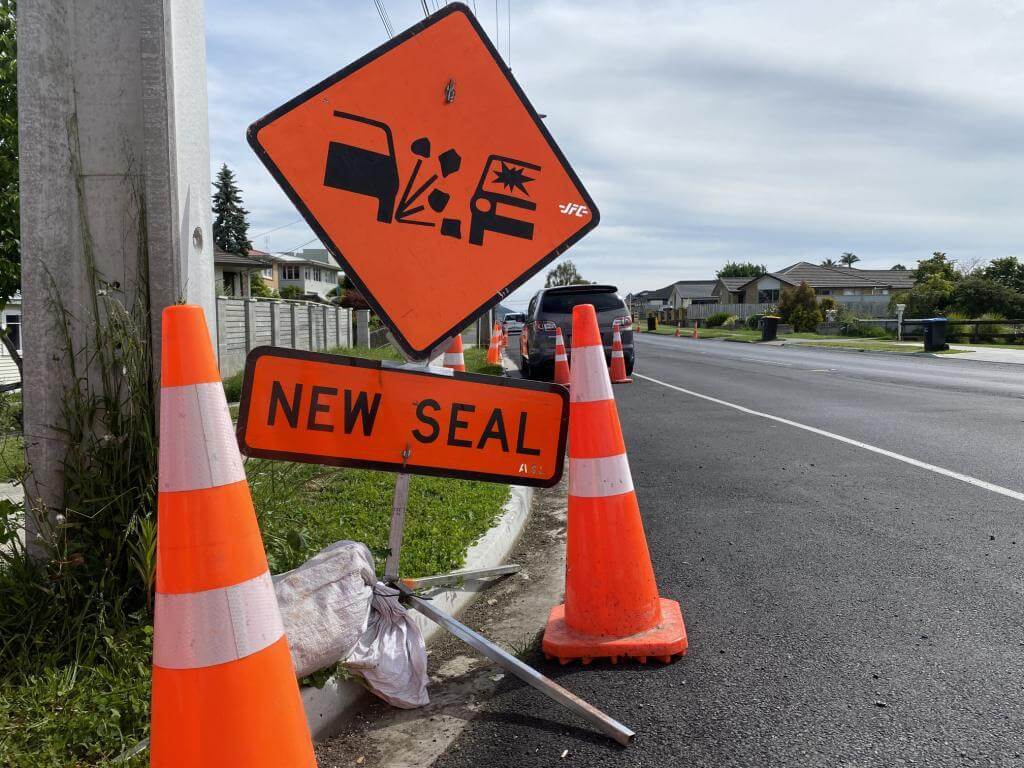