The inaugural Clive Steenson Memorial Regatta was “a fitting tribute to one of Te Awamutu’s finest.” 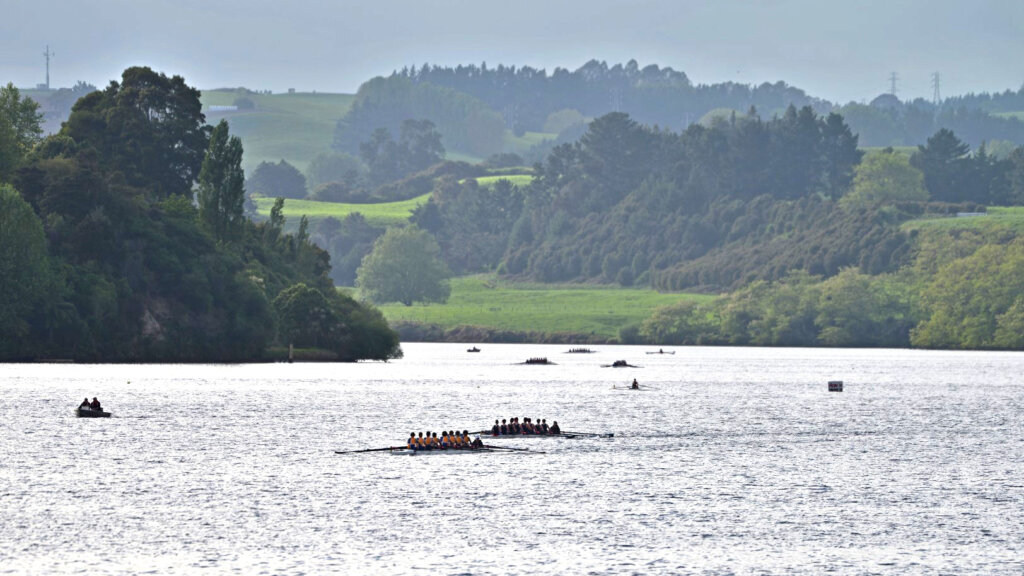 Rowers came from all over the North Island for the memorial event. Photo: Arthur Uden

The regatta was held in memory of Clive Steenson, who died in May last year.

He coached the Te Awamutu club for forty years, and helped it become the best in New Zealand in 1981, when the club won the Centennial Oar.

After the safety briefing, a 30-second round of applause was held for Clive in recognition of his contributions to the club.

Clive’s widow Sue, and daughters Yvette and Marsha were there to show their support.

“Yvette sent us a message to thank us and said how much the family appreciated the gesture towards him,” said Te Awamutu Rowing Club secretary Ann Edmondson.

The races were spaced out in five-minute intervals and continued from 8am to 3:30pm.

“It went brilliantly, the weather was not great, but it was better than it was forecast to be, and everything went very smoothly,” said Ann.

Ann said all of the Te Awamutu athletes enjoyed the racing experience and are looking forward to competing again in a few weeks’ time.

The stand-out performances were Chenae Swinerd and Piri Craig, who came second in the Women’s Masters Double, Lolkje Deboer, who was second in the Women’s’ Single, and Isla Joyce, Asarina Johnson, Janaiah Jacob and Casey Baker, who scored first in the Novice Girls’ Quad.

“The athletes enjoyed the opportunity to race after two disrupted seasons, and there were some very competitive races. It looks like Te Awamutu’s club regatta has re-established itself as the premium way to ease rowers into the new regatta season,” Ann said.