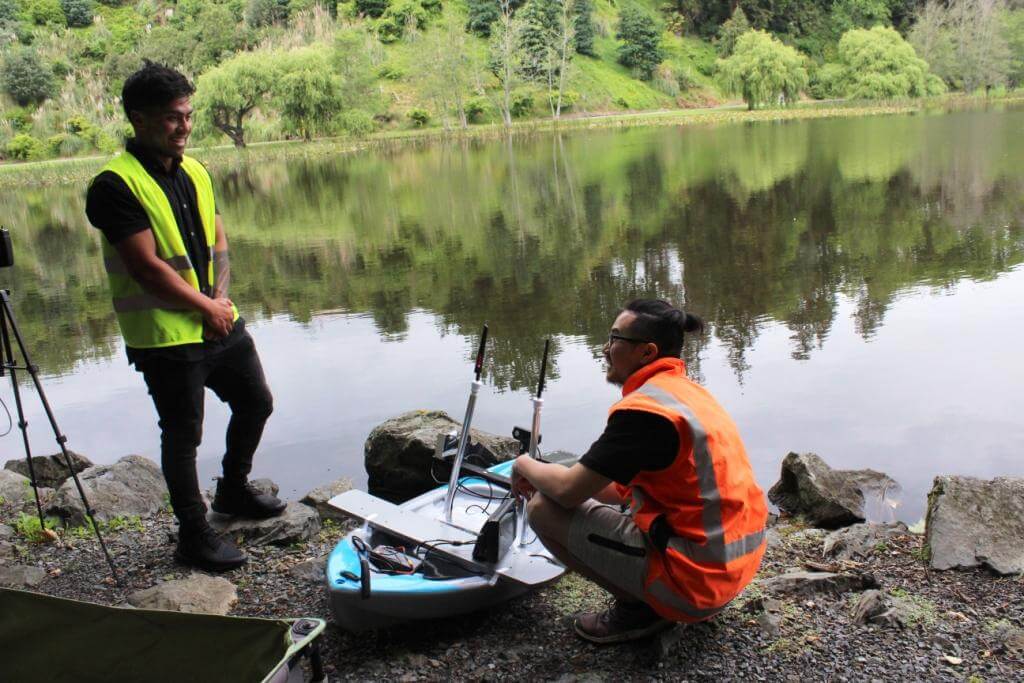 A robotic kayak invented by Waipā engineer Jeffrey To is on course to capture what’s going on in Waikato’s lakes.

Ngā Roto near Te Awamutu has koi carp aplenty, some sunken objects including a 55m long oxygen pump and no plant life in the deeper parts, To found when he launched his kayak into the lake several months ago.

He was in Cambridge on Sunday to do the same at Lake Te Koo Utu.

His map should be available soon, but initial observations are the news is not much better for the Cambridge lake. 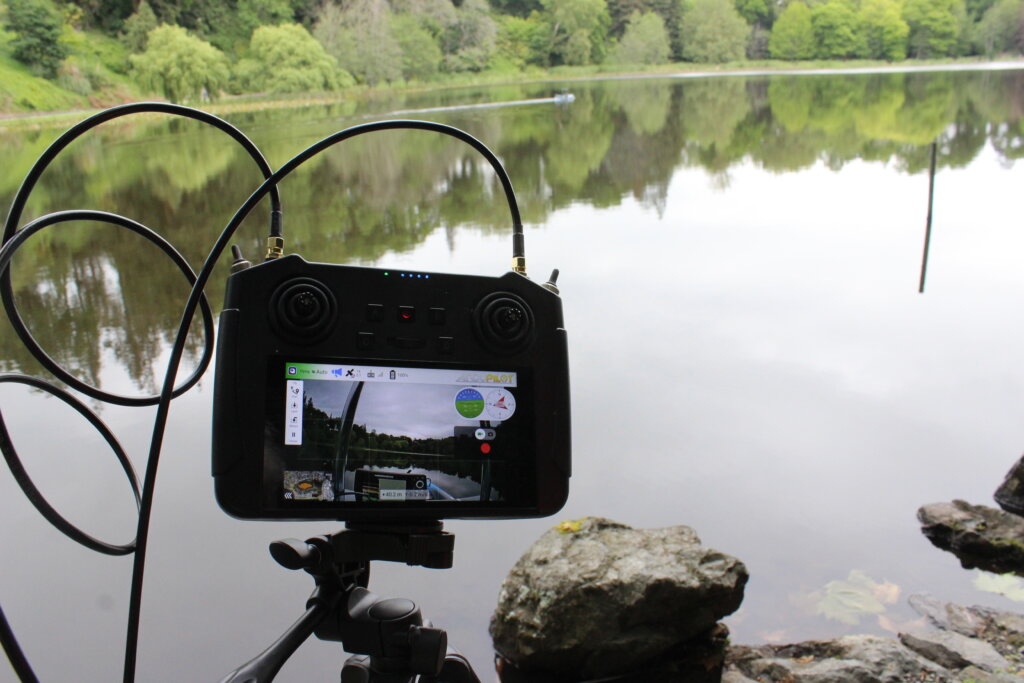 The robotic kayak is out on the lake while on shore its findings are recorded. Photo: Mary Anne Gill

The fact the kayak got stuck in the western vegetation and To had to resort to some heavy hitting mechanical work suggests the thick plant life is an issue.

To, 33, and his protégé Tamehana Hohepa – 10 years younger – live in Te Awamutu and met at a gym in town where the former Hong Kong resident was press-benching weights Hohepa can only dream of.

“We got talking and I found out what Jeffrey was doing,” said the former Cambridge High School and Te Awamutu College student who works as a scaffolder and is an automotive enthusiast.

What To had done was invent and develop an unmanned surface vehicle – an autonomous boat – to map lakes and produce a bathymetric (underwater) map.

To test out the kit and find out what they could discover about Ngā Roto, the two men took the kayak, its sonar equipment and a GPS scanner out for a spin.

Motorboats are not permitted on the lake, so the inflatable kayak was perfect.

After estimating the depth of the water, To and Hohepa set the path and waypoints to maintain a consistent width so they could maximise the scan’s quality and avoid blind spots in the lake.

The carp were so big they were easily spotted by the first-person view camera mounted on the kayak. 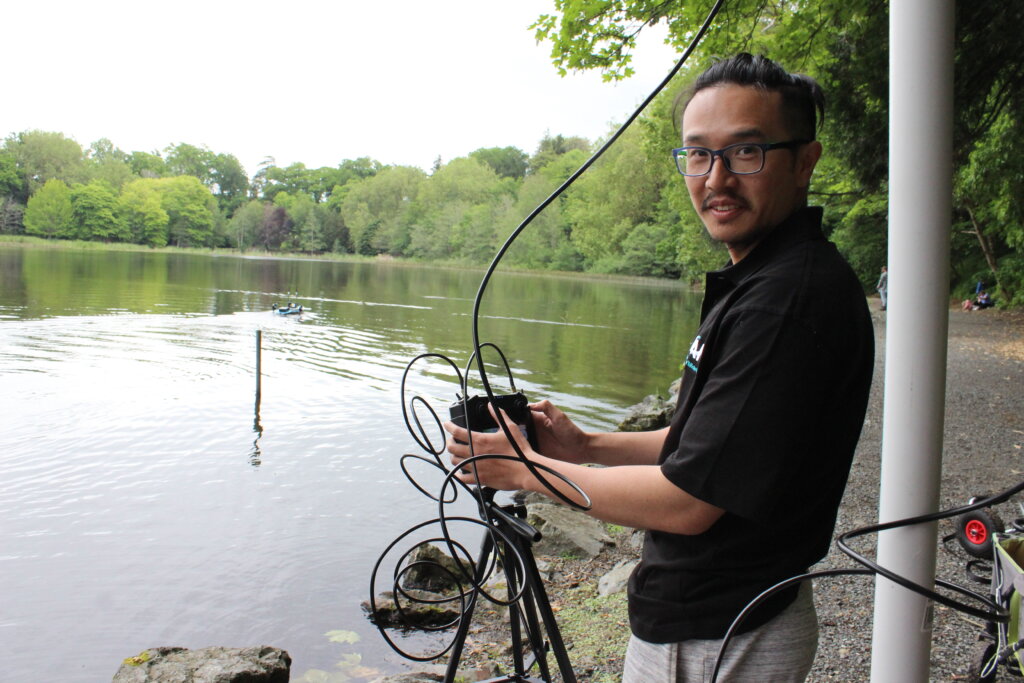 In the water itself there was very little vegetation, some old tyres and other waste. But it was the oxygen pump which fascinated him, and its owners were soon discovered – it was the council which had put the pump in several years before. 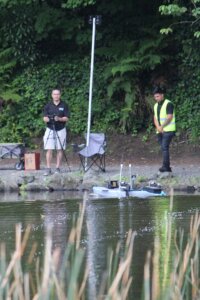 “The water clarity was very low, it looked almost black, we could barely see into the water except for the brightly coloured carp as they swam by.”

Only one person is needed to transport and control the kayak but with a few tweaks the system could be turned into an automated job.

To published his findings to his website and they attracted the attention of Waikato Regional Council lakes scientist Mat Allan.

“This is very innovative and a way to map depths in shallow and deep areas because some shallow areas cannot be accessed by normal boats.”

Allan has employed To and Hohepa, who provides technical operation support, to launch the boat in other Waikato lakes, including Te Koo Utu.

Hohepa is along for the ride and having seen now how innovative To is, wants to be an engineer himself. 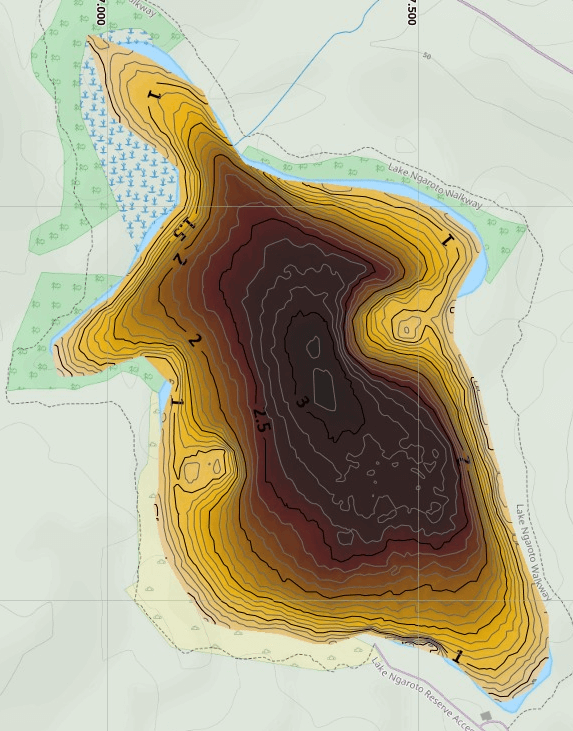 “I better get a move on,” he jokes, admitting he left school several years ago.

“I’m pushing this guy to study,” said To whose journey of discovery began 16 years ago when he was accepted into a cultural exchange programme between Hong Kong and New Zealand.

At first, he thought he had drawn the short straw when he was put into Year 13 at Te Kuiti High School but what it fostered was a love for the Waikato region.

He studied engineering in Auckland and worked his way into leadership roles in mining, manufacturing, aeronautical and IT software moving from Te Kuiti, to Ōtorohanga and now Te Awamutu.

To did some business studies as well and two years ago he and his wife Chloe Leung established Māki Products Ltd so he could turn his ideas into reality.

The software he has developed with information gleaned from the regional council, Conservation Department and NIWA combines all the data into one 3-D bathymetric map.

“With regular scanning on a routine basis, we would be able to record any changes to the lakes, and better track long term trends and any effects of seasonality,” said To.

“Our aim is to move towards monitoring and reporting, and subsequently implementation of maintenance systems in order to help maintain water quality and prevent future algae blooms at other lakes,” said To.