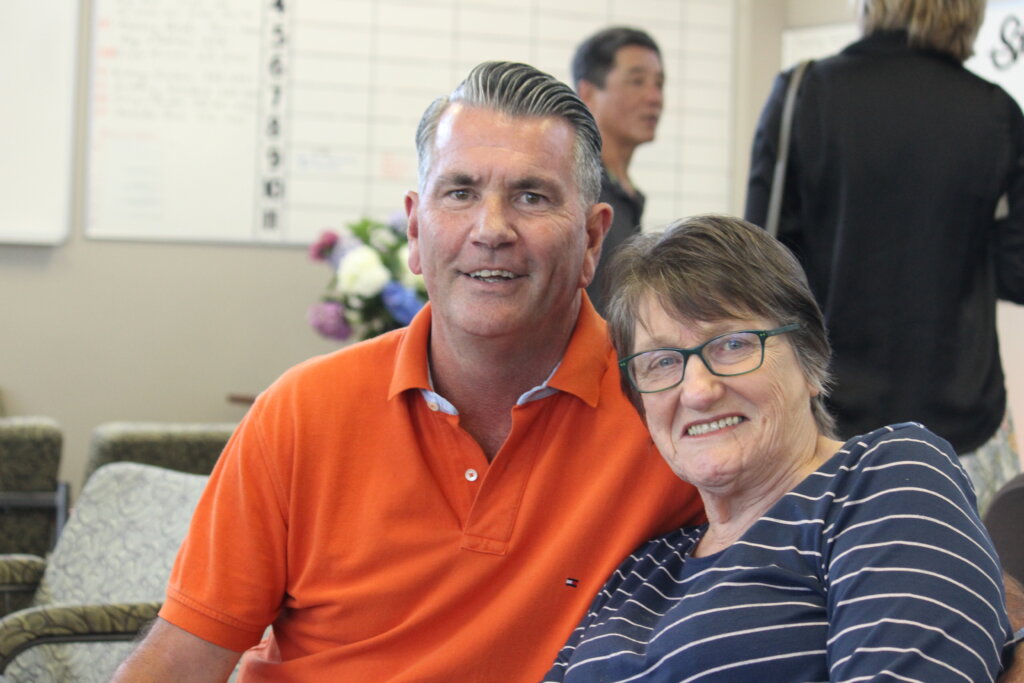 Kathy Miller has been a teacher for 50 years and as she contemplates life away from the classroom, she keeps coming back to the profession that was always more than a job for her.

“I was born to be a teacher,” she says as she sits in the staffroom at Te Awamutu College waiting for the farewell morning tea, she knows will be an emotional one.

Kathy has just turned 73 – time to retire from her job as a science and biology teacher at the college but the staff and students who wished her a happy retirement this week, are just as likely to see her early next term.

Relief teaching is something she is keen to continue doing and only at Te Awamutu College.

“It’s a lovely school to work in,” she says.

It was 32 years ago – the summer of 1991 – when Kathy and her family moved up to Cambridge from the central Hawke’s Bay.

There were two science teaching jobs going – one at Te Awamutu and the other at Hamilton Girls. She applied for Te Awamutu and got it. For her it was like “déjà vu” – the girls’ uniform was the same as Central Hawke’s Bay College in Waipukurau, the only other school in which she has taught.

The big difference was her lab there had recently been upgraded; Te Awamutu’s was still years old. In time, it got done up as well.

“I’ve got no regrets about my time here,” she says. Once she entertained the notion of leaving teaching to take up a science job. “I looked at it and thought ‘nah’.”

Kathy was born in Hawke’s Bay – the fifth of seven Willis children, on a farm halfway between Pōrangahau and Wimbledon and near Taumatawhakatangihangakoauauotamateaturipukakapikimaungahoronukupokaiwhenuakitanatahu – the longest place name in the world.

Her mother was a schoolteacher and there was never any doubt that is what she wanted to do as well. Kathy went to Pōrangahau School and then boarded at Iona College in Havelock North. When she had an extra week’s holiday and was back on the farm, she would catch the bus to her old school with her younger brother and be a teacher helper.

At first it was primary school teaching which appealed to her but there was a swimming requirement and Kathy has never been able to swim.

And while she was good at English, it was science at which she was better. She obtained a science honours degree in botany at Massey University and then did her teacher training in Auckland.

Married at 20, she and her ex-husband, also a teacher, moved back to Hawke’s Bay where they raised three children, now all in their 40s.

When the family moved to Cambridge 32 years ago and Kathy to Te Awamutu College, the job became all encompassing. She was appointed teacher in charge of biology, then a dean and head of department.

In preparation for retirement, she stepped down as head four years ago and has taught .8 of her time.

“I’ve transitioned out quite well,” she says.

No student stands out and as time went by, it became harder to remember names.

“I used to be able to remember all the names and even where they sat in the classroom. Names fall out of the memory banks now quite fast.”

One year she had a class full of Emmas which made it easier.

“The lessons would be ‘What would happen if?’ If you do such and such, how does such and such change. It was all about the enquiry type of science with me. I’ve always taught that way.”

She worries there is less of that practical science now and more emphasis on literacy.

Kathy, who taught when there was still School Certificate and University Entrance exams, is a big fan of New Zealand’s National Certificate of Educational Achievement (NCEA).

“I think NCEA is excellent, it actually tells you what a student can do.”

Covid made things challenging for everyone at the school and she feels for the students who had it tough in and out of home.

“I will miss the people, the students, the staff and the collegiality of the place.”

People who leave Te Awamutu College often report back they did not realise how open a school it was.

“There is a place for everybody at this school. You can be different and still have your friends and be part of your (own) social attitudes.”

Principal Tony Membery has been at the school throughout Kathy’s tenure – first as a teaching colleague and since 2007, the boss.

“Teaching is a cool career, you play your bit,” he says.

“People get invested in this school and it’s a good school. We are like a big family, we go through each other’s lives, like a roller coaster. And as we age, we have all the different stages from birth through to everything in between.”

In between relief teaching, Kathy will spend more time with her eight grandchildren, do her best to improve her 26 handicap at Cambridge Golf Club and she has her eye on the nearby Cambridge Bowling Club greens so she can play another sport. She also played hockey, tennis and squash.

She had a year’s sabbatical several years ago and went to the US, Europe and the United Kingdom which whetted her appetite for travel.

Any regrets? “My daughter asked me if I had my life again would I still be a teacher?”

The answer? “Yes of course.”