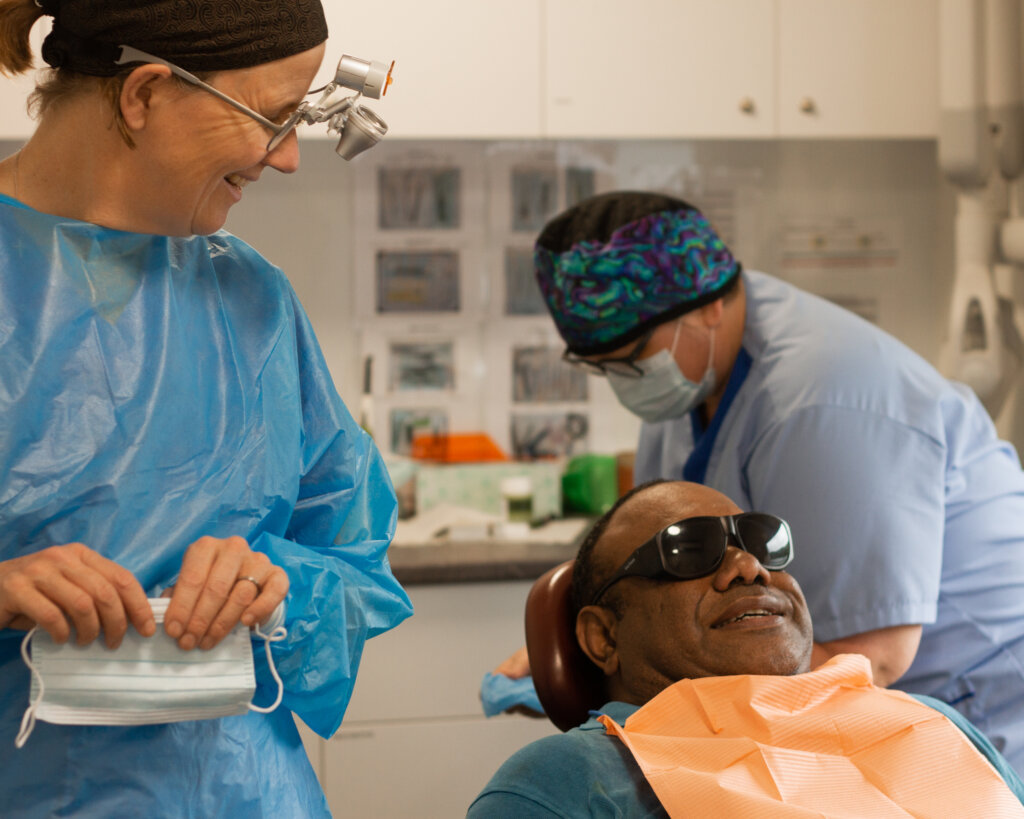 Penelope Roberts is putting her skills where her mouth is and making a difference in people’s lives by volunteering to provide life-changing dentistry. 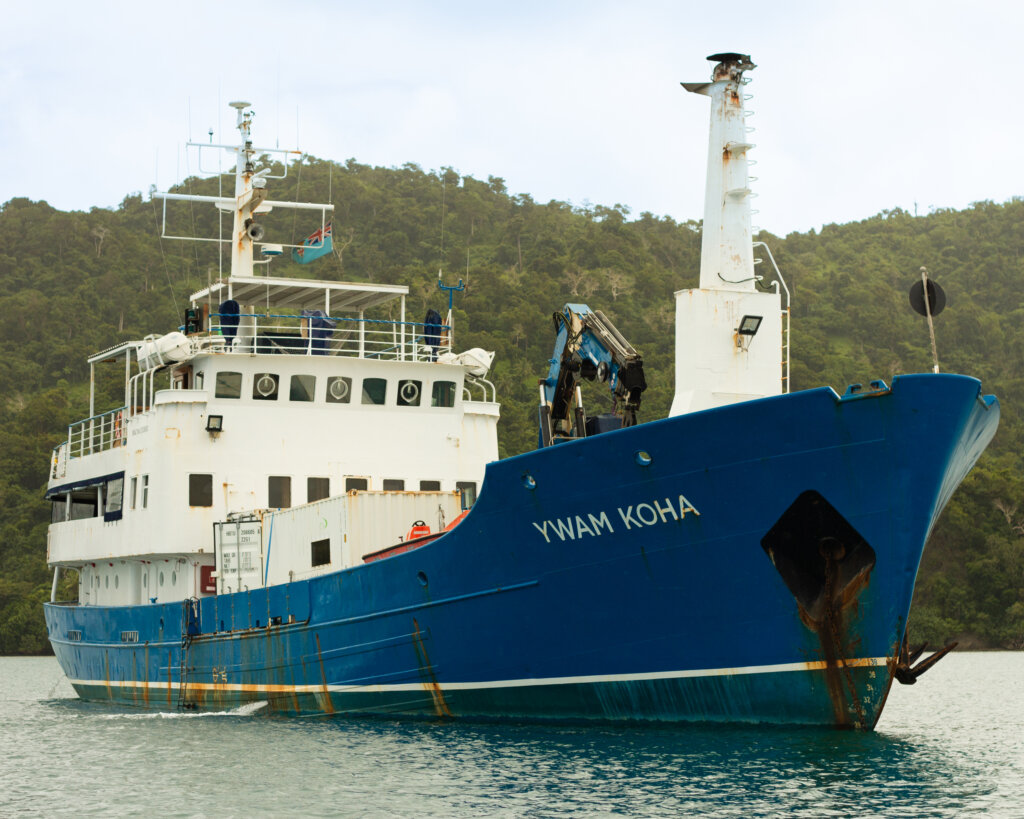 The m/v YWAM KOHA- a refitted cargo ship built in 1968 that now serves as a medical outreach vessel.

The Waipā-based dentist has just returned from Ruatōria with Trinity Koha Dental Services where free fillings and extractions were offered to eligible residents. On previous trips she went to Putāruru, Tokoroa, Tauranga and Ngāruawāhia.

A month ago, she returned from 13 days in Fiji where she had been on the MV YWAM Koha, a 48m repurposed medical ship, providing free dental treatment in remote Fijian islands.

The 51-year-old mother of four could be earning a nice living with her own practice as a dentist but has chosen to do voluntary work from now on.

“This is a first world country, but we have third world dentistry. Sixty eight per cent of kids in this country haven’t been seen in the past five years.”

It is only going to get worse, she says, because oral dental health therapists are providing a catch up service and cannot keep ahead.

“We’ve got a terrible dental health crisis in this country.

“That’s why we need voluntary services like the one I’m involved with.”

Every patient needed so much, you had to be very decisive about your priorities which was heart-breaking.

The clinics are a partnership between Youth with a Mission Ships Aotearoa (YSA) and Trinity Lands Ltd, a charitable trust which owns farms, orchards and forestry in South Waikato and Bay of Plenty.

Three years ago, YSA was given a German built container ship which had been used to carry supplies to Pitcairn Island on contract to the UK Government. When that contract expired, owners Nigel and Brenda Jolly gave YSA the ship to use to travel to some of the Pacific’s remotest islands.

The ship has had a refit and has three containers on board, two of them fully equipped for dental surgery: the other for medical procedures.

Roberts (nee Allen), husband Nick and two daughters Ivy, 17, and Missy, 15, all volunteered for the October trip to the islands. He works in the telecommunications industry and is a former ocean racer and was in his element guiding boats to shore while the girls helped in the clinics having learnt how to sterilise equipment and provide post treatment care. 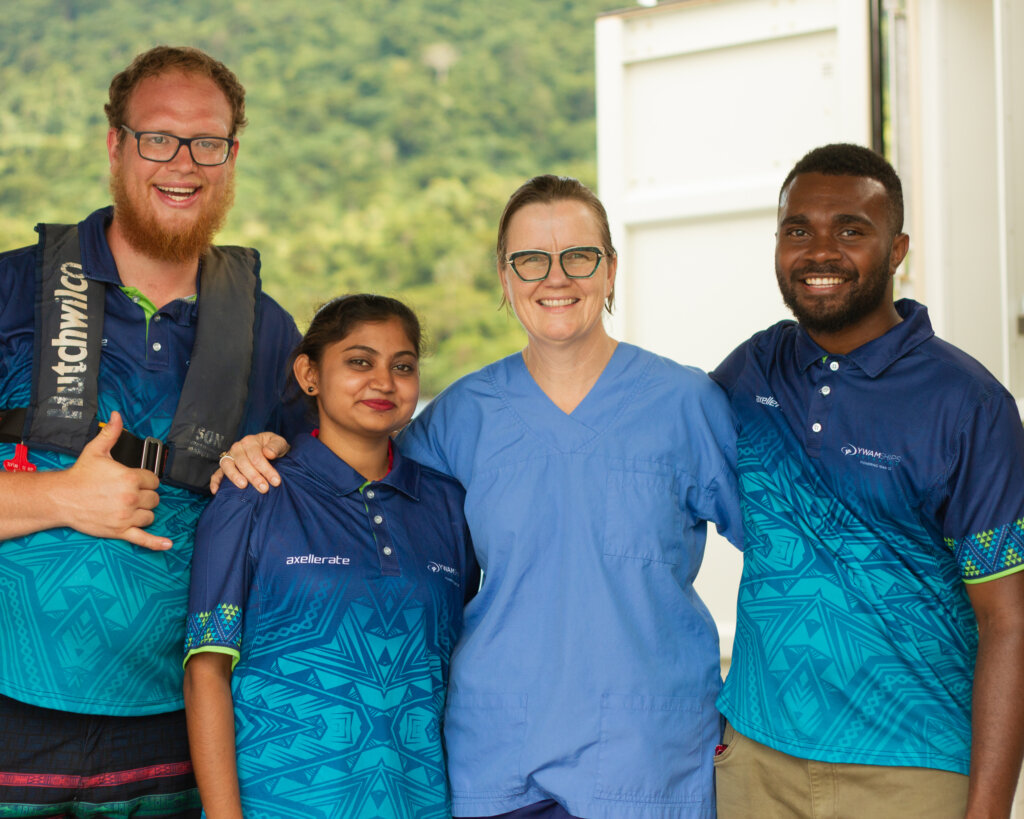 Triaging took place on shore and the worst taken out to the ship where Roberts, an experienced oral surgeon and the only New Zealand dentist on the trip, would see about 15-20 patients a day.

“Every patient needed so much, you had to be very decisive about your priorities which was heart-breaking,” she said.

“We had it front in mind this was our first visit. We were going in to build relationships and assess what’s needed.”

When she was growing up in Morrinsville and attending Waikato Diocesan School for Girls in Hamilton and then Nga Tawa School in Marton, she had dreamed of becoming a veterinarian. 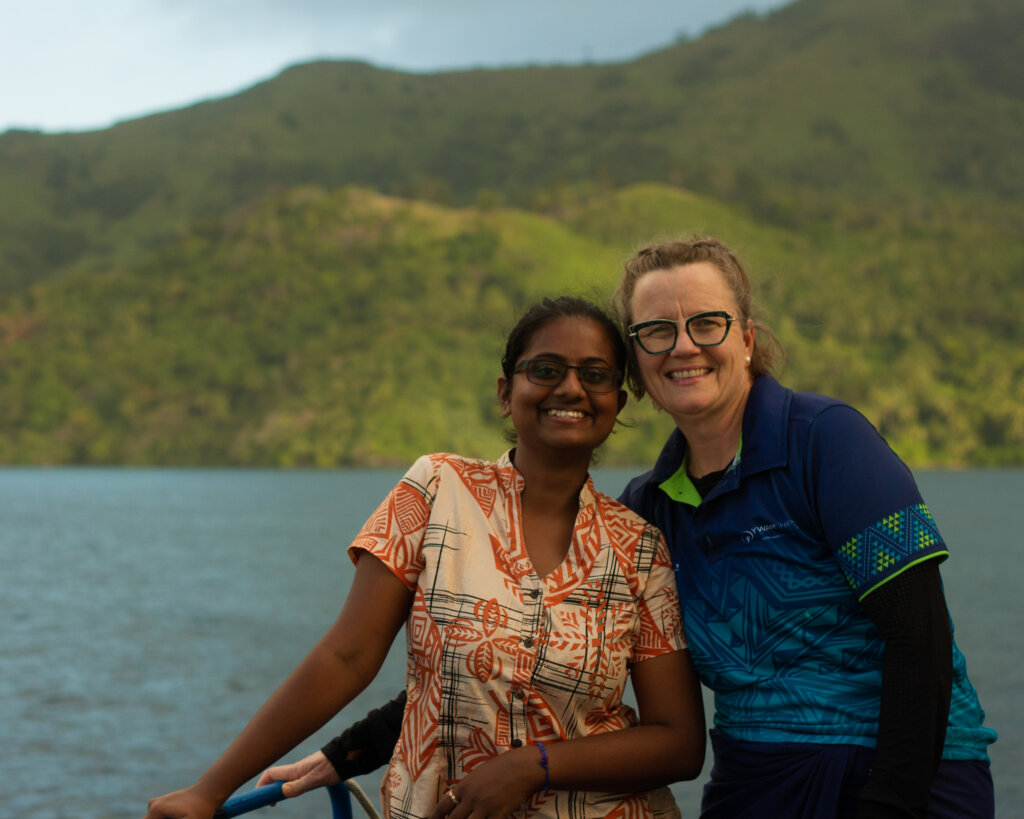 Penelope Roberts with one of the dental crew.

In the seventh form (Year 13) she went on a trip to Samoa with Friends of the Pacific which had her thinking more about medicine.

“A lot of my friends were going to (Otago University) Dunedin so I went there.”

She studied physiology for two years, applied for dental school and got in.

After graduating she moved north to work in hospitals around Auckland.

After working in private practice, she moved to the UK and worked in various hospitals in London including Paddington Hospital. She was working as a community dentist and heading down the oral surgery or paediatric path when she met Nick, an Australian, got married and then fell pregnant.

Her first son Harry is nearly 22. A year later, when she was  pregnant with her second son George, the family decided to move to Sydney to be closer to family in Australia and New Zealand. 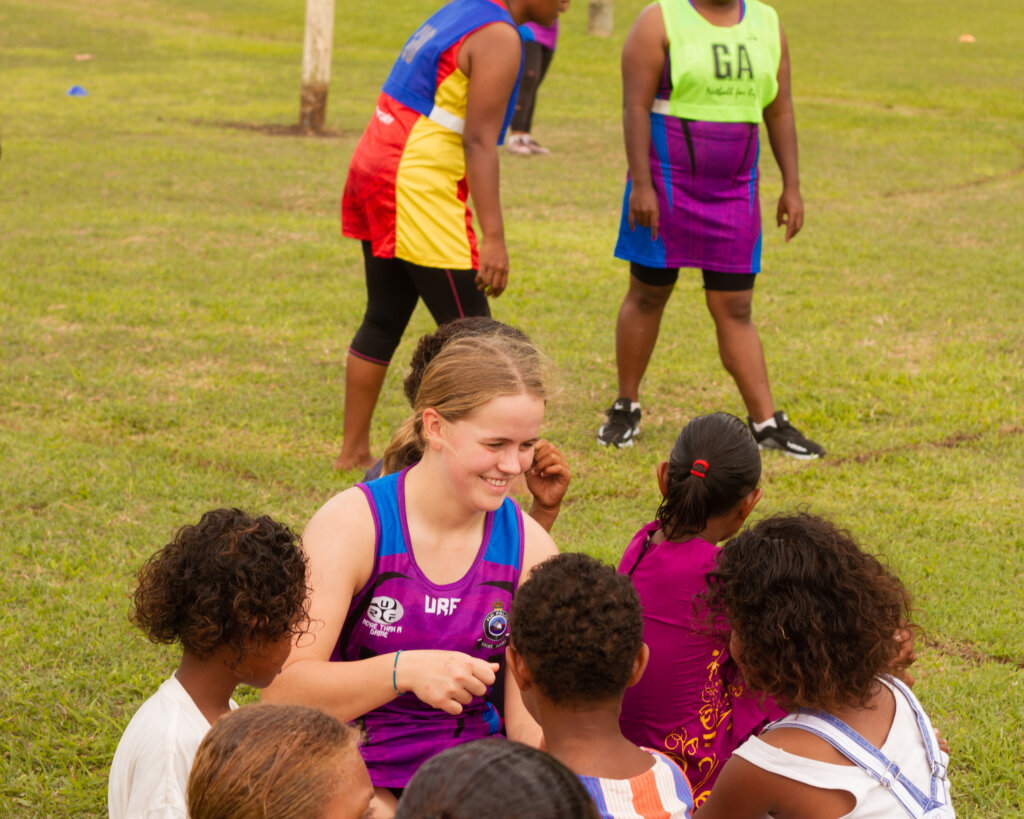 She worked as a locum dentist and as a lecturer in the Sydney University Dental School when George told his parents he wanted to go to St Peter’s School in Cambridge.

There was a family connection; previous headmaster Richard Morris, who retired in 1995, is Roberts’ second cousin and his stories of the school impressed young George, who started at the school in 2015.

Two years later the family moved across the Tasman.

“We just feel Cambridge chose us. Our boy decided to come here and Mum was in Morrinsville. The doors were closing in Sydney and opening here.” 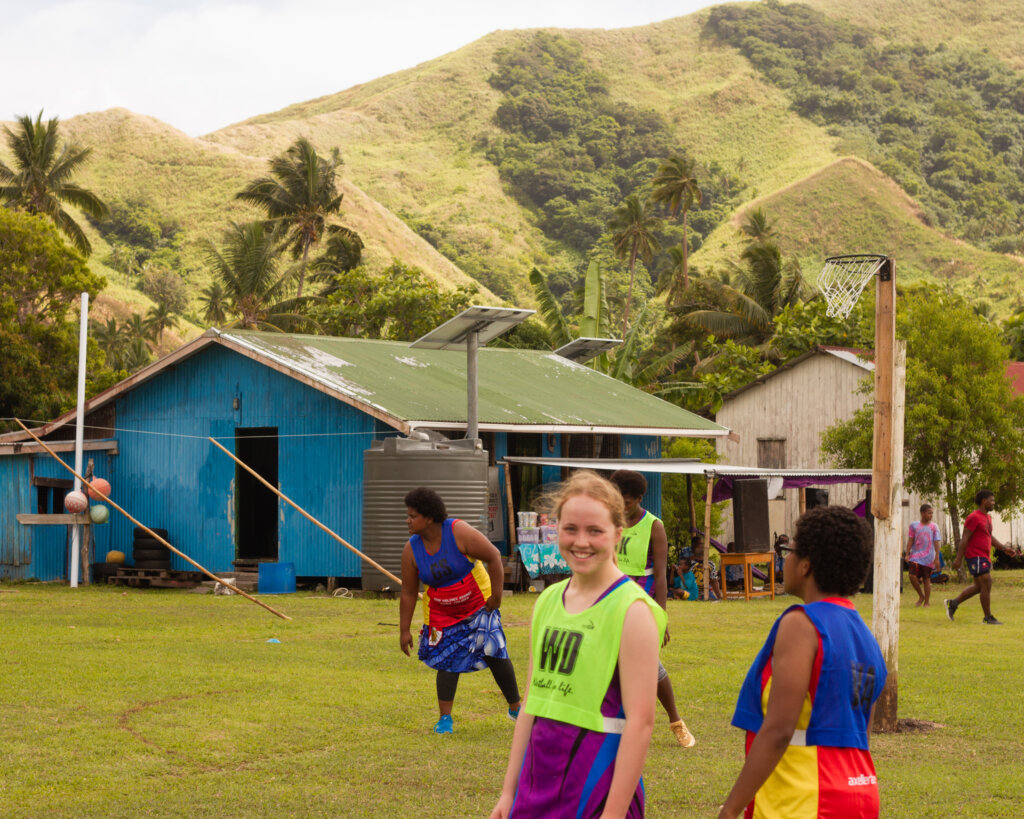 They moved to Fencourt and she reregistered as a dentist in 2017 doing mostly locum work.

“I’ve never wanted my own practice, so I’ve been happy locuming.

“At the beginning of last year, I found out about this mission ship. I just want to do aid work now. It is incredibly fulfilling.”

She will return to Fiji next year.

What Roberts has seen in New Zealand has reinforced her belief in community water fluoridation.

She was stunned when there was opposition to the planned introduction of fluoride into Cambridge’s water supply.

“Anywhere it can go in, it should go in.”

The benefits of community water fluoridation are overwhelming, says Roberts. 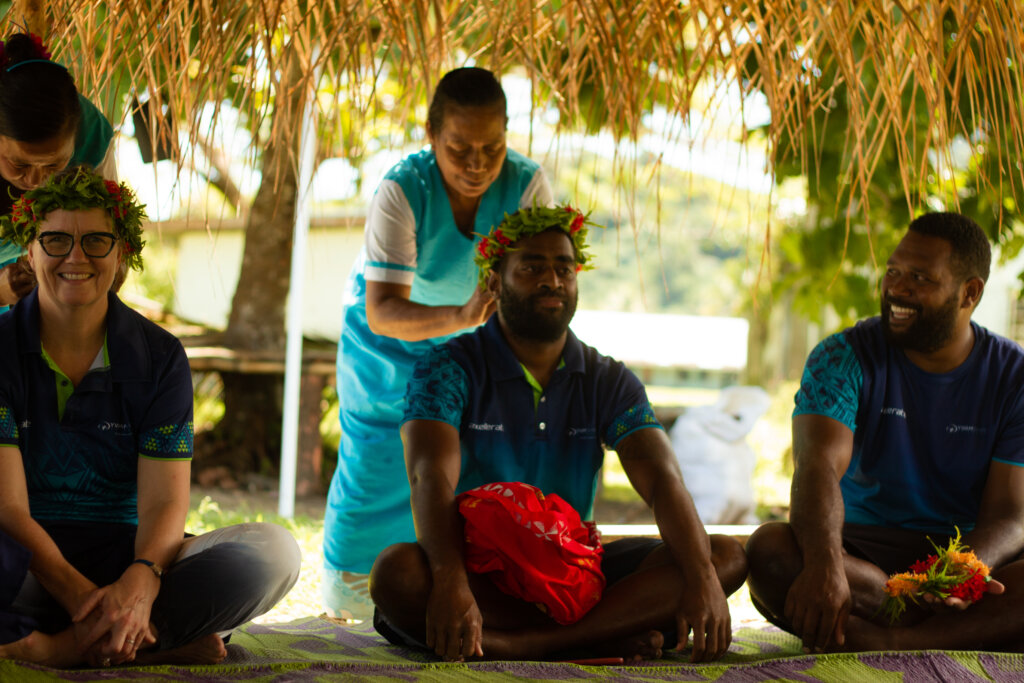 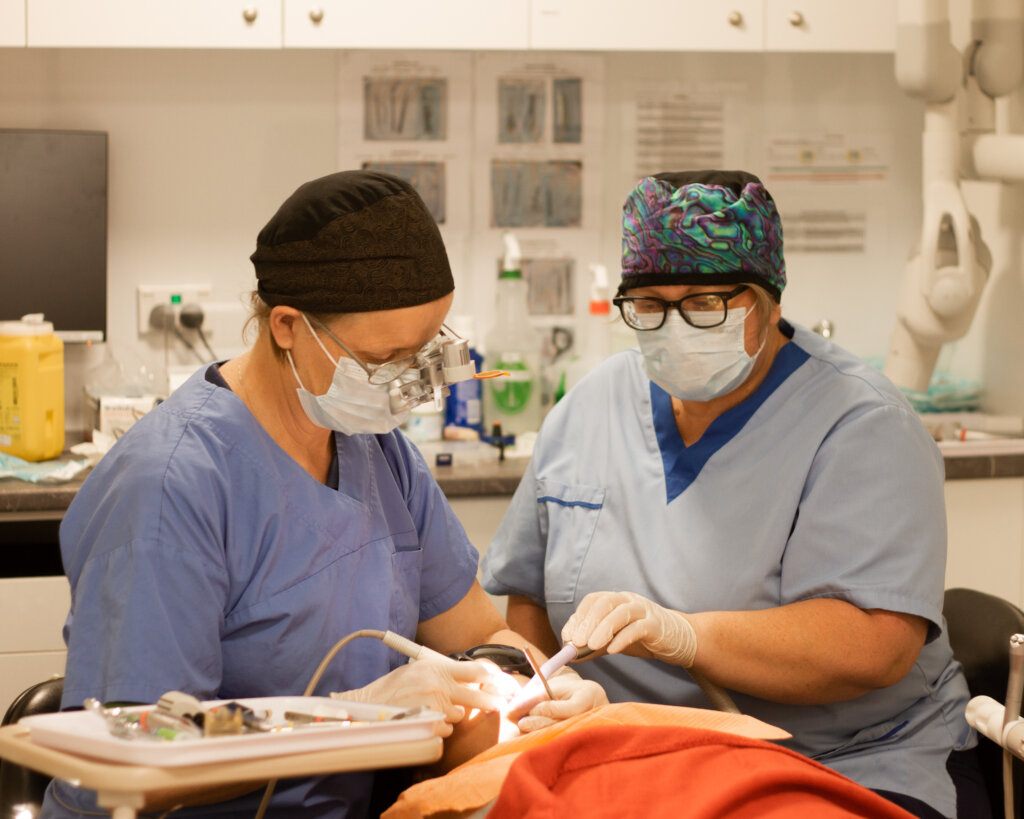 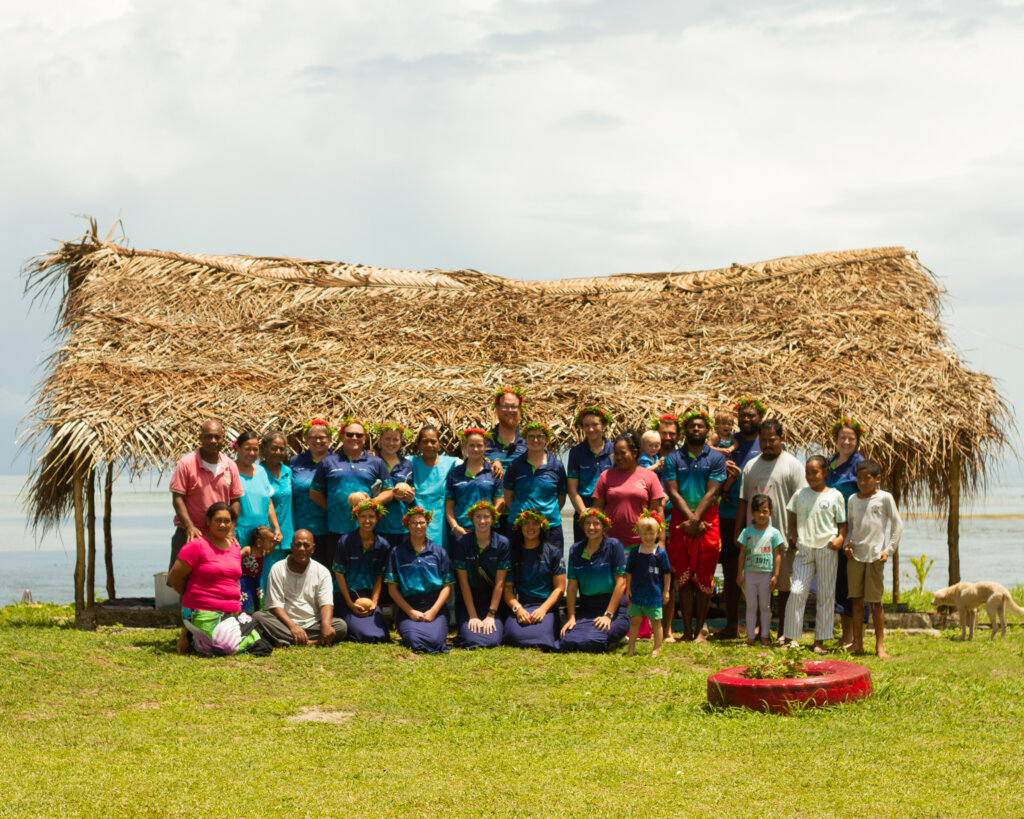