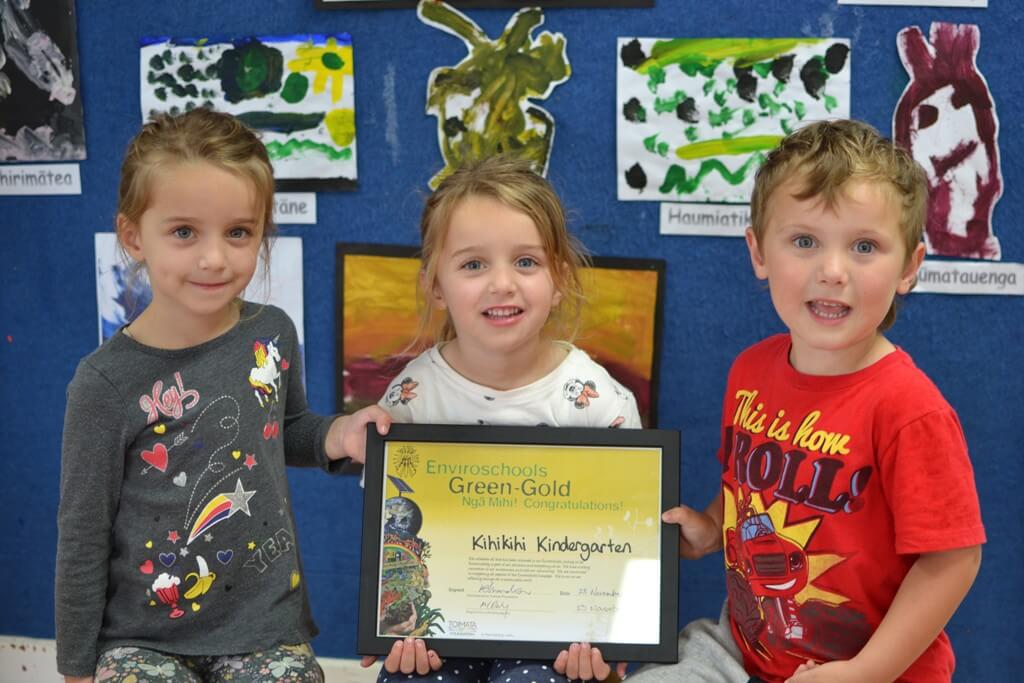 Kihikihi Kindergarten has become the first kindy under its regional Central Kids banner to attain a Green-Gold status in the Enviroschools programme.

That means it leads 49 kindergartens and seven early learning centres across a wide area of the central North Island, bordered by the Coromandel, Taumarunui and Rotorua.

Kihikihi Kindergarten attained its Enviroschools Bronze status in 2018, Silver in 2020, and Gold-Green on October 26 this year.

Delighted head teacher Naomi Peterson said they received the news on the afternoon of October 26, shortly after an on-site assessment by three Enviroschools leaders and an education leader from Central Kids.

“It’s wonderful, getting to this point has involved a full team effort.  All the teachers have been on board, the children really wanted to get into it and the families supported us,” she said.   “A lot of what we have been doing here for some time dovetails with the programme, but it’s great to be recognised with Green-Gold status.” 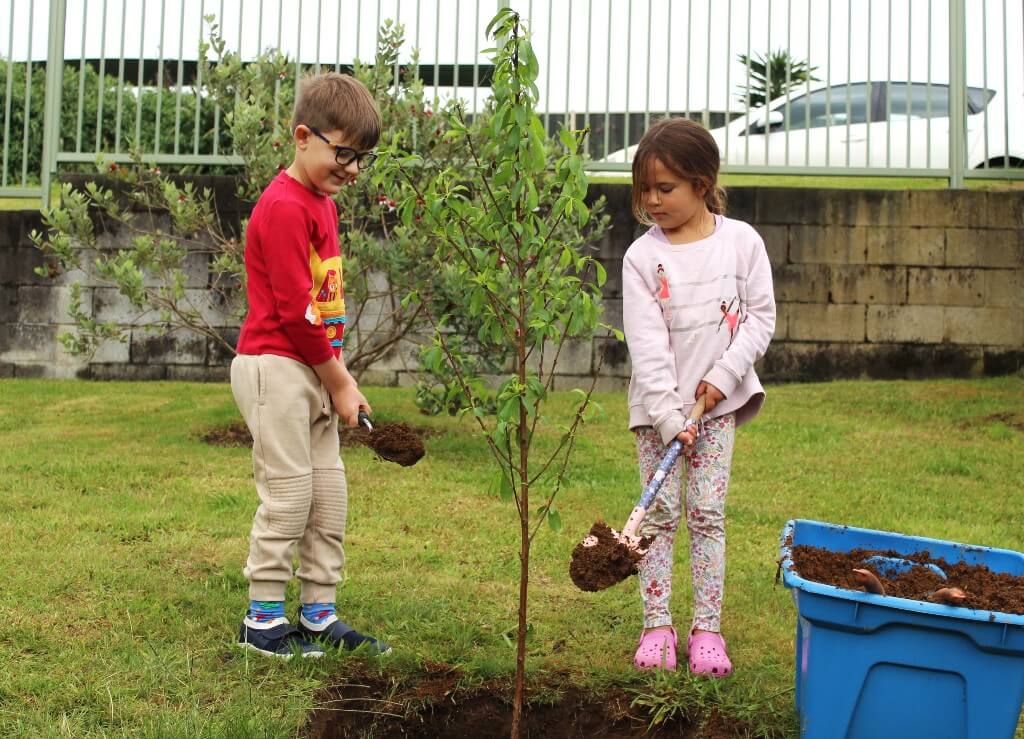 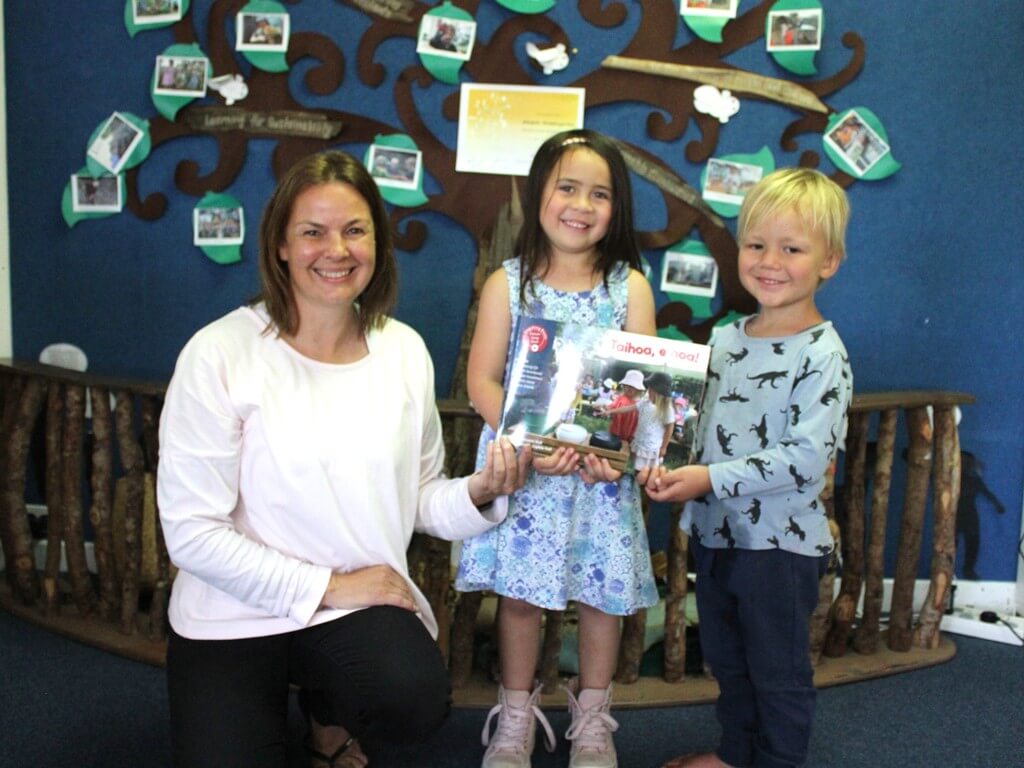 Connecting each school with its place is an important part of Enviroschools’ holistic message, and Kihikihi Kindergarten rates well in that area.  The kindergarten themed much of its Enviroschools message in the shape of a cicada.  ‘Kihikihi’ is the Māori word for cicada, and many of their messages around sustainability – now and into the future – are penned within sketched cicadas.

Naomi said that was a symbolic reference to emerging ideas not yet come to fruition.

Their presentation, which included a cut-out tree shape on the wall filled with messages on conservation, reflected where they have been and where they’re headed.  The school wanted to include a living tree, so it placed a young peach tree on display for their assessment.  It has since been planted in the school grounds.

“We chose a peach tree because it acknowledges the history of the area.  The nearby Rangiowhia village was known to have peach trees in its orchards.”

The kindy has also established links with the local community, including several businesses and the Māori Women’s Welfare League.

The visiting Enviroschools leaders provided great feedback.  “Inspiring, well-documented journey,” said one, while another wrote, “the engagement with your community continues to flourish”.

Naomi, who spent three years as a Central Kids manager in Hamilton before returning to Kihikihi Kindergarten as head teacher in August this year, said that in 2018 the centre formed an association with the Para Kore Marae.  Paul Murray, programme training specialist with Para Kore, calls in regularly to do waste audits and work with the children on strategies around repurposing and recycling.

Another unusual element at Kihikihi Kindergarten was the publication of a book in August, written by children’s author Sharon Holt around the topic of waste reduction.  Entitled “Taihoa, e hoa!”, the book was the 30th and final in Holt’s Te Reo Singalong series of books – she had been invited to do the book by her friend and then head teacher at Kihikihi Kindergarten, Sue McCandlish.  Holt went on to write the book in association with Paul Murray from Para Kore.