New look for community board 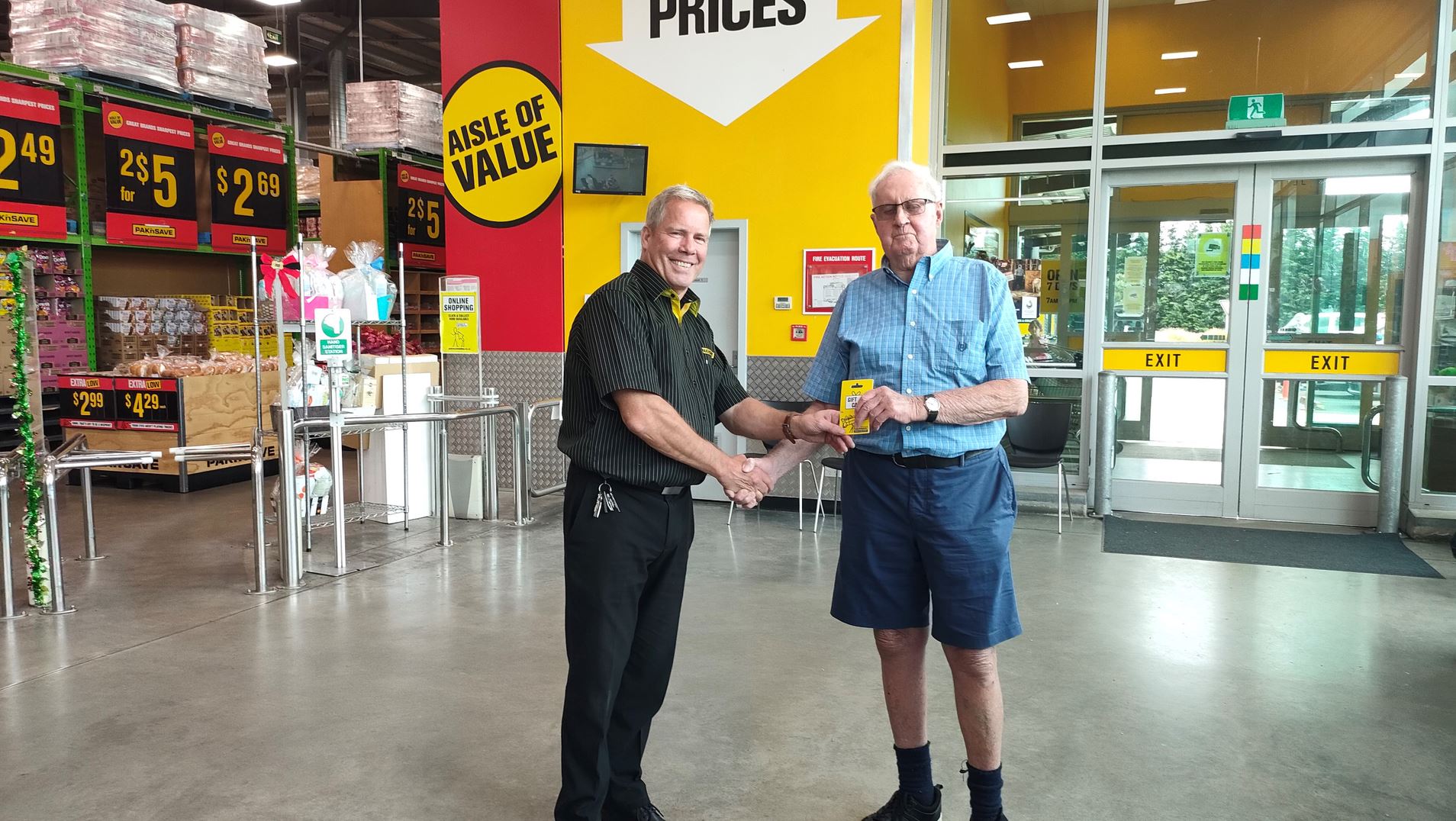 Winner of the “Who Are We Te Awamutu ” survey prize Robin Gambrill being presented his   voucher by PaknSave owner Mike Goble.

A change of name for the Te Awamutu-Kihikihi Community Board means the board needs new stationery and promotional material, chair Ange Holt says.

In her report to the board meeting Wednesday night – after The News went to print – Holt said increasing the board’s profile and public awareness was one of the areas it needed to improve.

She recommended the board obtain quotes for a new logo and updates the community board flags with the new logo using $750 of uncommitted funds.

Holt has been an enthusiastic supporter of upgraded close circuit television coverage in Te Awamutu. At the recent Black Out Street Party, the existing cameras were of little use as they could not follow people who the police were interested in.

A pan-tilt-zoom (PTZ) camera on top of a pole in the centre of the Sloane/Arawata/Alexandra St roundabout could have rectified this, she said.

Holt also reported the Who Are We Te Awamutu survey results were currently being analysed and would be available in the New Year.

Just over 700 responses were received and Robin Gambrill, one of the submitters, won a grocery voucher from Pak n Save.

Holt also gave an update on Memorial Park saying she was investigating the water quality of the ponds in the park.

“I believe these reports play an important part in determining the order of the upgrades in the park and how the duck pond is improved or modified.”

The board will also change its meeting day from the second Tuesday of the month to the fourth Wednesday of the month. It suits the timing of council matters going through public consultation, Governance officer Keryn Phillips told the board.