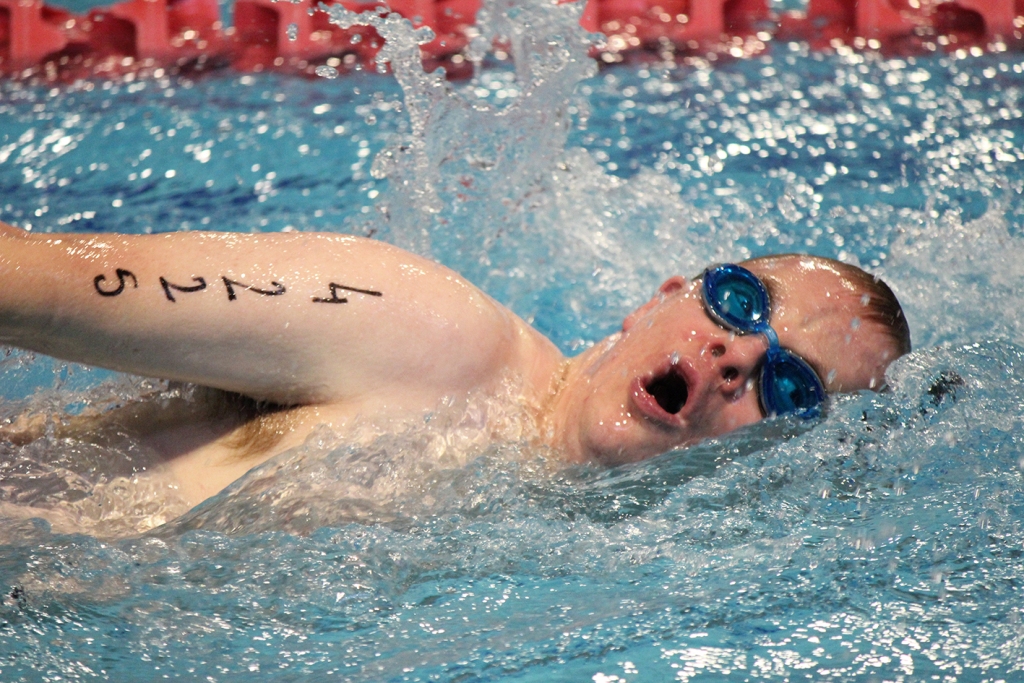 Robert van der Wee, Te Awamutu, gives it everything in one of his swimming events.

It’s the only sporting event I can recall where the competitors make a point of  approaching the media to say hello.

The national Special Olympics in Hamilton wrapped up last weekend at the somewhat stunted end of three days of competition involving  13000 competitors across 11 sports.

“There is a lot of socialisation – it’s physically an important thing for the athletes for their health and wellbeing, but there are holistic benefits – they take responsibility for being organised.”

The event itself was robbed of a closing ceremony and social function after some athletes returned positive Covid tests – and some teams took the decision to return home on the final day rather than compete. 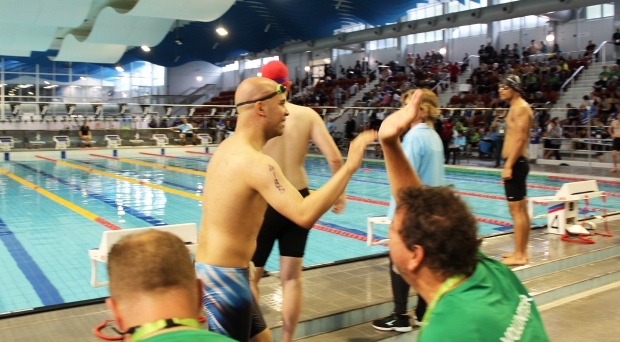 It’s high fives for David Smith after one of his swims.

Waipā celebrated a cache of successes in the form of medals and personal bests.

Blair, who looked after Waipā’s swimmers at Waterworld said it was a testimony to their work when six members collected medals on the final day.

There were more than 250 competitors in the pool for the national event.

And these Special Olympics are competitive as well as social.

“I’ve seen tears when one of my swimmers didn’t finish in the top three – but then she went out and did a personal best and won a gold in a final.”

The 2023 Special Olympics will be in Canterbury – the torch has yet to be passed though, that was supposed to happen at the closing ceremony. 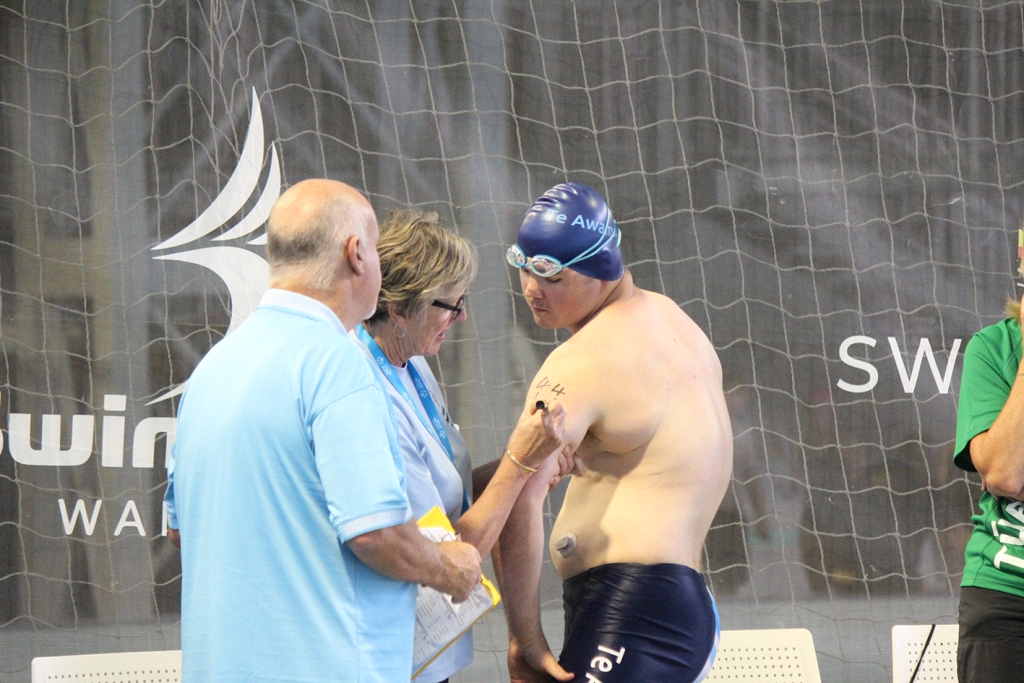