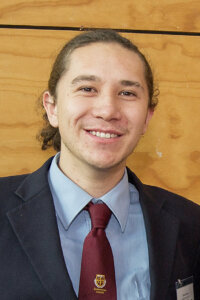 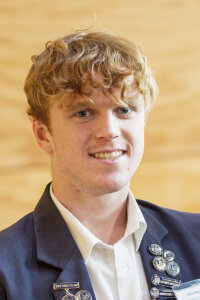 Hundreds of Waikato school leavers have realised their potential in tertiary education in science, engineering, teaching and technology thanks to Johnstone’s determination to give other ambitious, hard-working young people the gift of learning. He died in 1990 and the first of the annual scholarships were awarded in 1993.

Labradors are the most popular breed among registered dogs in Waipā.

If your dog is called Bella and you’re out for a walk and call out her name, be prepared to have several dogs come bounding up to you. Bella is the top dog’s name in Waipā followed by Molly, Charlie, Ruby and Poppy. And it’s odds on one of the dogs will be a labrador as that’s the most popular breed in the district with 1271 of the 9434 dogs followed by collies (642), huntaways (491), spaniels (465) and Jack Russell and fox terriers (both 413).

The council has rehomed 42 dogs in the last year including Duke who was impounded five times in the past year and the council animal control staff have finally found him a new home and hope to have seen him for the last time. Not a lot is known about the name and breed of the 318 unregistered dogs on the council’s database other than owners can expect to see an animal control staff member soon.

The Te Awamutu News will next publish on January 12 and we will update our website and social media platforms during the break. Email us any news tips on [email protected]   Merry Christmas from the editorial team of Roy Pilott, Mary Anne Gill, Viv Posselt and Steph Bell-Jenkins. See you in 2023. 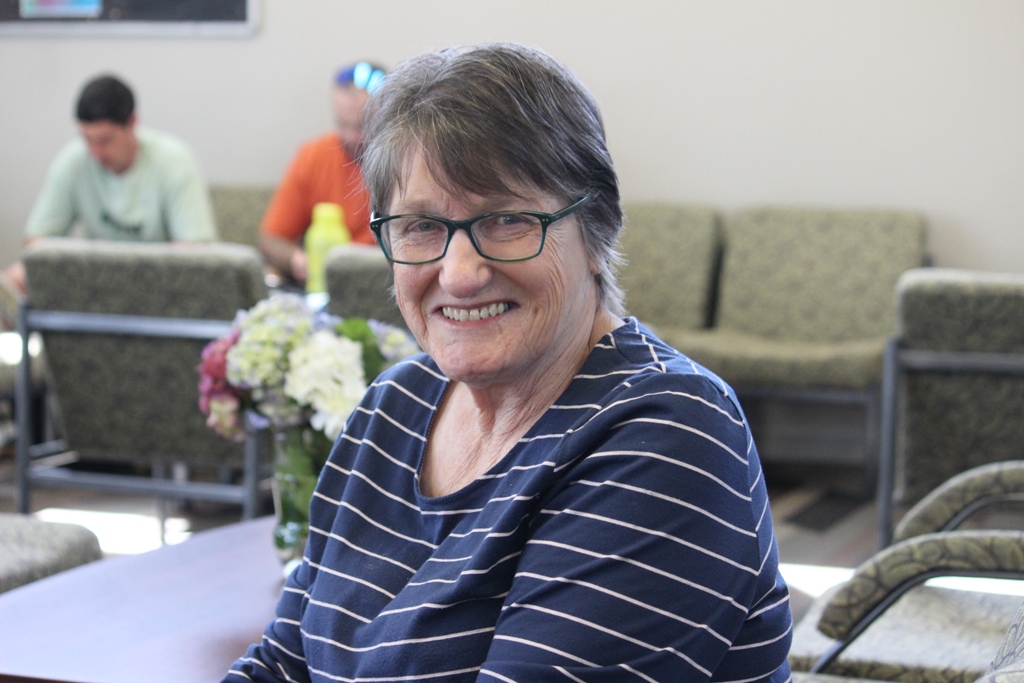 Kathy Miller was a great science teacher at Te Awamutu College if visits to our teawamutunews.nz website are any indication. Her story “Born to teach’ Kathy says farewell about retiring attracted 70 per cent of all visits to the site in the last week. The also rans were: New look for community board, Six of the best, $9.23 the cost of a vote, Progress in ram raid fight.

Waka Kotahi says the latest round of bad weather has affected both road conditions and progress on road renewals. The roading agency says a number of new potholes emerged following rain in the middle of last week.

Te Whatu Ora – Health New Zealand Waikato is warning Waikato residents to plan ahead as Covid infection rates rise. Covid-19 Directorate executive lead Maree Munro said there were 3000 active Covid-19 cases in the region and it was important to check when medical centres and pharmacies will be open. Free RAT kits can be ordered online at the Covid-19 website. Waikato hospitals are open over the holiday period and emergency departments will continue to provide urgent care.

Hospice Waikato is urging people not to dump their post-Christmas leftovers at their op shops in Cambridge and Te Awamutu.

A community newspaper advertising campaign calling for registered and enrolled nurses and midwives keen to return to work at Waikato, Thames, Te Kuiti, Taumarunui or Tokoroa hospitals, has hit the target. Read more.

Our online readers to teawamutunews.nz loved the news in brief feature we launched last week plus they lapped up the Kihikihi Kindy award story. It was the top page with more than 16 per cent of all visitors. The rest of the top five were:
CJD blood ban will be lifted, Battling for baby William, Water fluoridation getting closer and Next stop Berlin for Matthew. 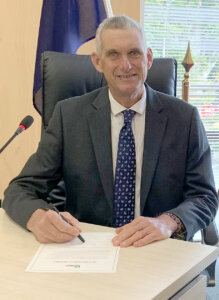 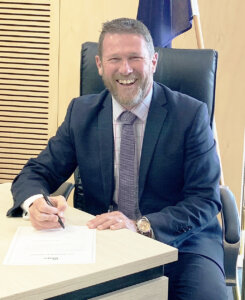 Two councillors on leave since they were re-elected to the Waipā District Council on October 8 have been welcomed back and sworn in.

Philip Coles and Mike Pettit missed the pōwhiri and swearing in of Waipā’s mayor and councillors on October 31 at Lake Karāpiro and meetings held in the intervening period. Now back from leave, they made their declarations at the council meeting this week.

They had been unable to act as members of the council until the ceremony.

Ready for foot and mouth

Basic scenarios were worked through at national planning workshops where lessons identified during the Covid 19 pandemic were considered. New Zealand has never had an outbreak of foot and mouth disease which is caused by a virus that infects cloven-hooved animals – cows, pigs, sheep, goats, deer, alpaca and llama – but not rodents, cats, dogs, birds, or horses.

It is an animal health disease and unrelated to the human hand, foot and mouth disease common in young children.

An application to build artificial shelters for a Cambridge kiwifruit orchard is heading to the High Court.

Independent commissioner Alan Withy granted the land use consent in August, but a neighbour applied for a judicial review which will be held at the High Court in Hamilton next May 13.

Further down the road, at 582 Parallel Rd, Kiwifruit Investments Ltd has applied for a retrospective land use resource consent to build vertical and horizontal artificial kiwifruit shelters.

Owners started planning vines at the former grazing block and asparagus plot earlier this year and have already planted 15ha with another 8.5ha to go. A hearing date has yet to be set.

Footpath renewal works completed by the Waipā District Council in October included cobblestones which were laid outside the Hazlemere Crescent shops in Te Awamutu. A new footpath is planned in Collinson Street, Pirongia, early next year.

The best read stories on line at teawamtunews.nz last week were Ōhaupō changes ahead, Council wants more data, Ladies in Waiting, Community ‘disconnect’ and Paula’s focus is all rural.

Caught in the act

Waipā District Council has joined a long list of organisations caught out by complexities of the 2003 Holidays Act. An independent audit, initiated by council, has identified problems in how the Act was applied. It means some council staff have been underpaid, or potentially overpaid, a portion of their holiday pay. Council has made provision for $317,000 in its Annual Report in anticipation of having to repay money.

Waipā staff have completed the preliminary design of a water booster pump station at Taylors’ Hill reservoir to improve fire flow and service to Te Awamutu. Construction will begin in 2023-24 at the same time as pipe renewal/reconfiguration from Taylors’ Hill to Racecourse Road.

Waipā’s road maintenance priorities over the next three months include rehabilitating a short length of Allen Road, south of Kihikihi, repairs to bank erosion on Gillard Road near Ngāhinapōuri, repairs to a suspected tomo on Waikoha Road west of Ngāhinapōuri, permanent pavement repairs to footpaths damaged in recent wet winter storms and another 70km of chip sealing.

Vandals smashed lights around the base of Cambridge’s public Christmas tree on Sunday, only hours after a successful parade. Community board chair Jo Davies-Colley said the board would replace them at a cost of about $400. “Hopefully it doesn’t happen again. We want the town looking festive,” she said.

The last section of the Te Awa River Ride from to Riverglade Drive in Tamahere to Howell Avenue in Hillcrest will open tomorrow – 13 years after the ride was started. The 65km ride from Karāpiro to Ngāruawāhia passes through Hamilton, Tamahere and Cambridge.

Further slipped has occurred from the Cambridge Wastewater Treatment Plant along the Waikato River banks beneath the rapid infiltration beds. Waipā District Council and Waikato Regional Council are both monitoring the slips and planning remedial planting once a safety plan is in place. Cambridge’s new $110 million wastewater treatment plant will be one of the most advanced operations in the country when it opens in four years. In the meanwhile, it is operating on a short-term consent.

Princes, Vogel, Taylor and Fort streets in Cambridge had footpath renewal works completed in October while 500m of new path was completed in Milton Street, Roading manager Bryan Hudson told the Waipā Service Delivery committee this week. Cobblestones were also laid outside the Hazlemere Crescent shops in Te Awamutu and a new foothpath is planned in Collinson Street, Pirongia early next year.

Publicity generated when there was a shortage of drivers to pick up glass recycling resulted in the recruitment of new drivers, Waipā Waste Minimisation officer Sally Fraser said. Having new drivers learning the duties and routes means there have been some missed collections, but this will improve.

Bus numbers on the up

Regional bus services from Cambridge and Te Awamutu into and back from Hamilton are now ahead of pre Covid levels. Easing of Covid restrictions and half price fares are responsible, Waipā Roading manager Bryan Hudson says. Total Mobility data, for those with mobility issues or disabled, is not available but usage there is also expected to be up on pre-2020 levels.

The Waipā Service Delivery committee approved six new road names – Mangahia Lane, part of the Reid Road development near Ngāhinapōuri, Keri Rua Road, Hauhake Terrace, Whakahaumako Road and Bruce Cochlane Lane, all in Leamington. Mangahia Lane is near a stream of the same name, Keri Rua means digging the holes and refers to the borrow pits that have been a prominent feature of the cultural landscape, Hauhake means harvest and Whakahaumako means enhance, a reference to horticultural soils. Bruce Cochrane is named after the Cochranes Transport owner and is a right of way road off Cambridge Road.

Three applicants to the District Promotions Fund have been granted funding. Waipā District Council allocated a total of $14,000 from the fund, including $8000 for the Takapoto Classic, a week-long international show jumping event in February, $1000 to the Mountain Bike NZ National Cross-Country Series Race 3 at Pirongia next February and $5000 to help fund a two-day tournament in April as part of Cambridge Football’s 75th Jubilee celebration.

Our best read stories on line at cambridgenews.nz last week were  Karāpiro changes ahead, Gaye joins the team, Community ‘disconnect’, Filling in where needed and A council still divided.