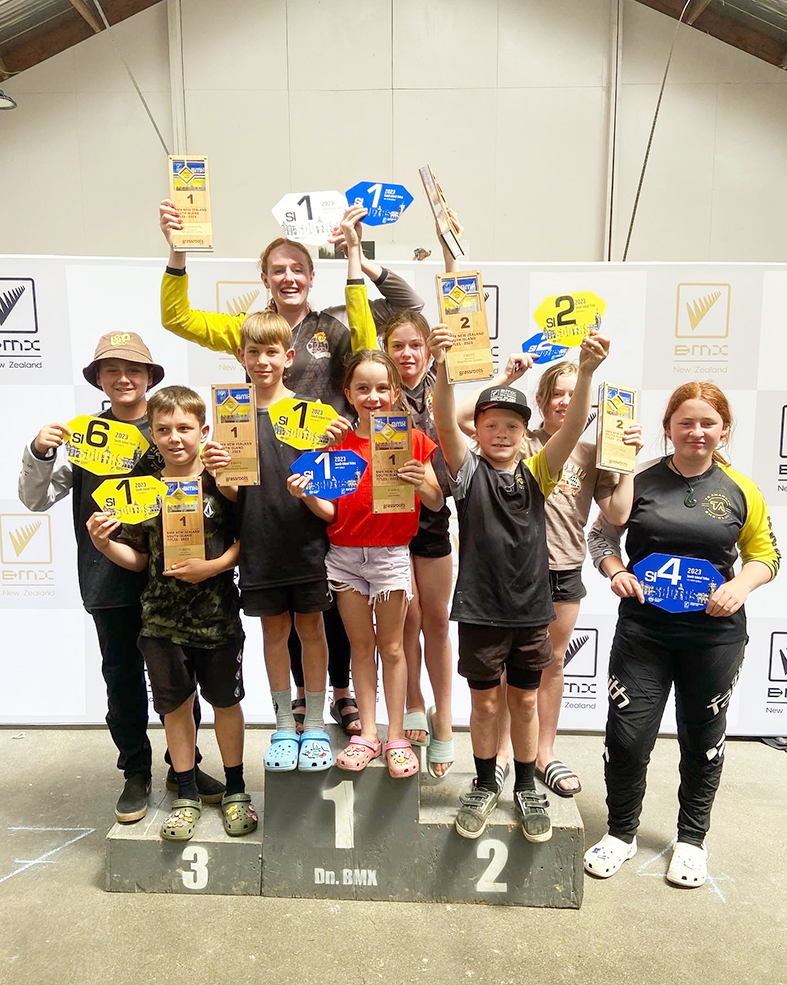 Te Awamutu riders made regular trips to the podium in Dunedin

The event attracted more than 300 competitors.

“None of the 10 riders from Te Awamutu had raced on the Dunedin track before so had to make the most of their practice laps to figure out race lines and the right places to jump and pass other riders,” club president Rodney Prescott said .

“This was a massive result from our club,” Prescott said.

The club’s focus is now on the two day Te Awamutu Grand Prix on February 18-19 then the nationals in Tauranga in March.