One of the area’s only all-women Lions clubs – Rosetown Lions – is looking forward to next month’s District 202L Convention in Hamilton.

The event is likely to draw hundreds of Lions members from one of the biggest regions in the country.  District 202L stretches from coast to coast across the central North Island, incorporating 58 clubs.  It’s a massive area and after attending last year’s convention remotely due to the halting effects of Covid, clubs will be marking a welcome return to ‘normal’. 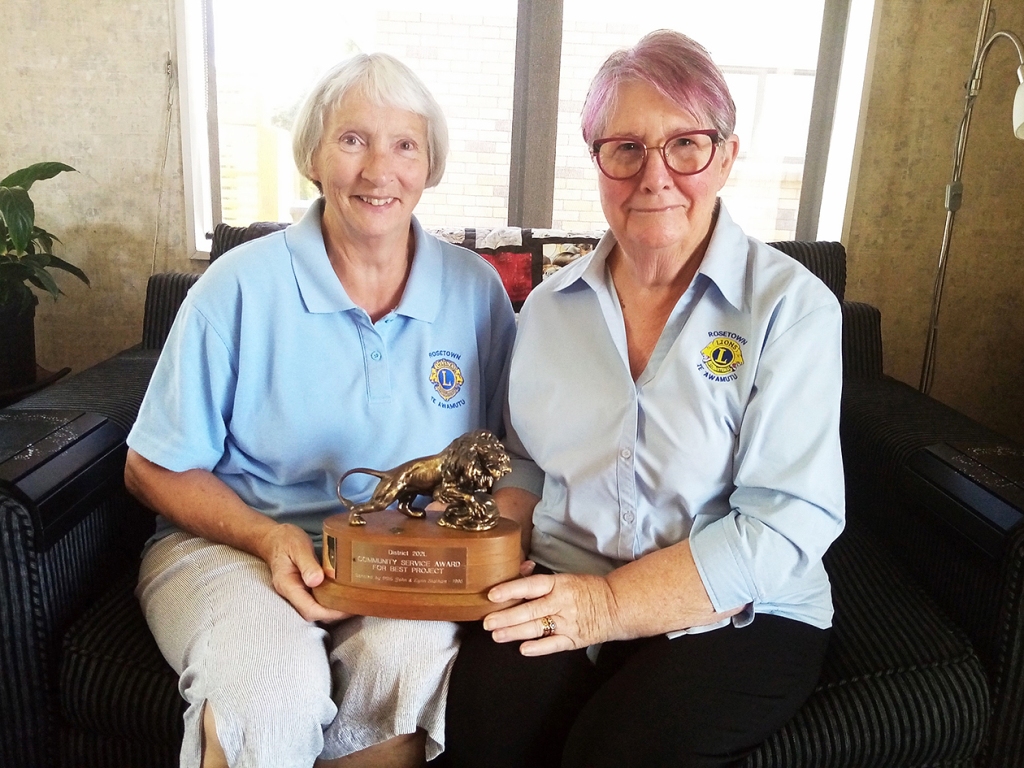 The event will also see the Rosetown Lions handing back the community service trophy presented to them last February – it will be passed on to the next recipient club.   Former Lions  president Paula McWha said while no-one expects an award “you feel very proud when you are given one”.

Jenny was a member of the Hāwera Lions Club before moving to Te Awamutu 16 years ago and transferring to the Rosetown Lions.  She and Paula have put many miles under their joint Lions belts, attending numerous events together in New Zealand and travelling to the 2014 International Lions Convention in Canada.

Both are aware many service clubs have taken a membership hit during Covid and have worked hard to keep Rosetown buoyant.  They’re successfully attracting new members, many of them younger women who find the environment an easy one in which to juggle home, working and club life.

“It was difficult to get the group going again after lockdown,” said Jenny, “particularly as no-one knew at that stage what the future held, but we make a point of letting prospective members know that we ask them to do only what they can and no more. We also have an active social side.”

The club committees align with Lions International’s five core focus areas – diabetes, vision, hunger, the environment, and childhood cancer.  Much of Rosetown’s fundraising and support efforts are done jointly with other service clubs and organisations, including the Blind Dogs Puppy appeal programme, Child Cancer Association and others.

November and December are their busiest months. Last year, they supported the Te Awamutu business fraternity by helping with the Black Friday Blowout. Then it was on to the National Fieldays, a Riding for the Disabled lunch, the Tree of Life fundraiser for Child Cancer, the Pink Wheelbarrow raffle for Diabetes Awareness, helping the Pakeke Lions with a raffle, catering the Kihikihi lunch and a private function, then the Christmas Parade and Santa’s Grotto.

This month’s activities started with support given to Te Awamutu’s blood donor drive.

Regular projects include the World Clean Up Day – last year they tackled the Pioneer Park and rose gardens – and assisting with post-Christmas International Youth Camp which sees people aged 16-21 from numerous countries attend a 10-day camp in the Kaimai Range.