Racing – all in a mow 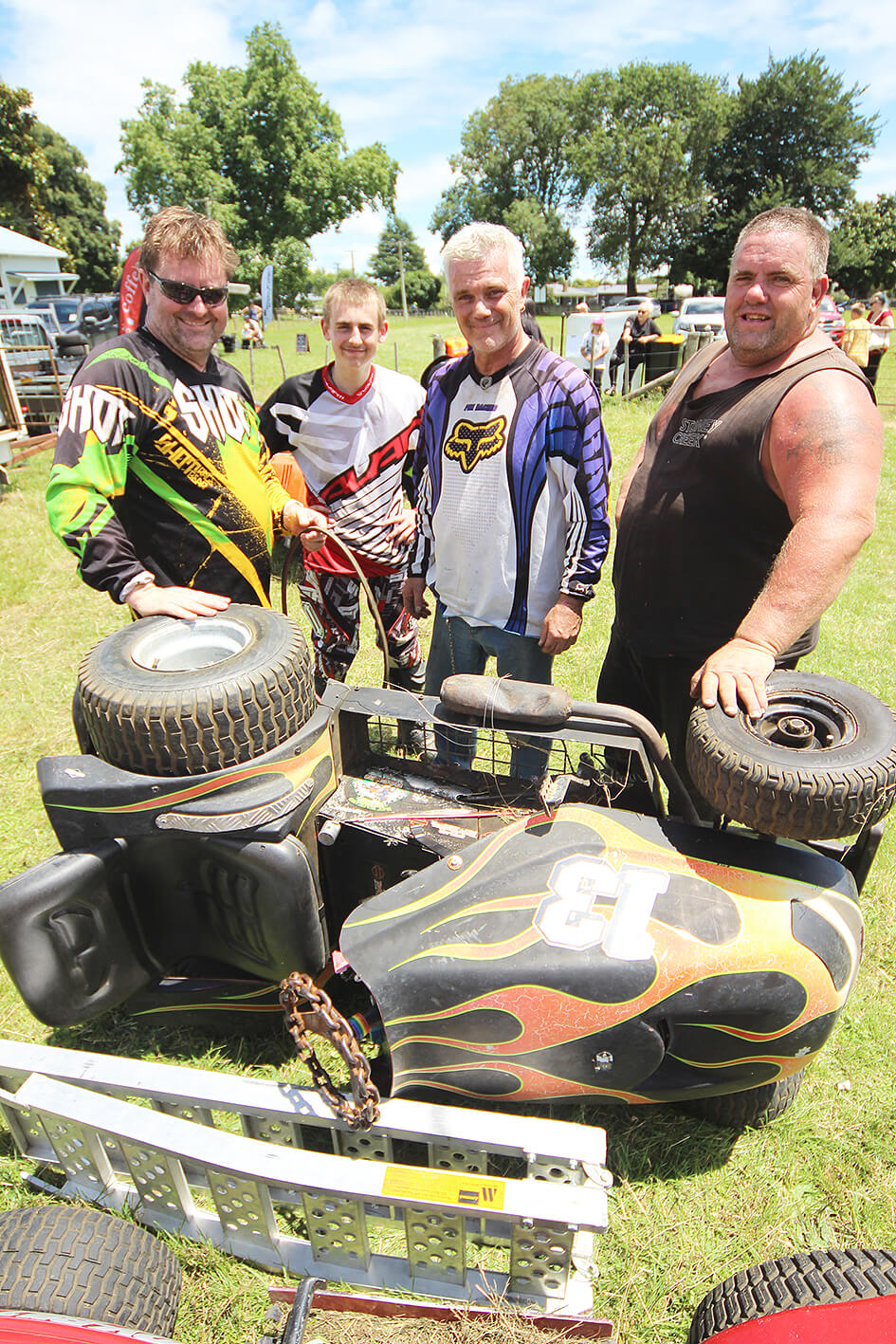 When Tony Gosnell of Hamilton is not servicing lawn mowers, he is racing them, and he needed all his skills on Sunday at Bay Waikato Mower Racing Club’s inaugural Cambridge meeting at the Pony Club in Leamington.

Seventeen of the club’s members brushed the cobwebs off their racing mowers to navigate their way around a paddock which usually hosts horses.

The Pony Club did not get the opportunity to mow the paddock for the event because of steady rain and because the blades get taken off the mowers for racing, neither did the mowing members who opted to flatten the grass instead. 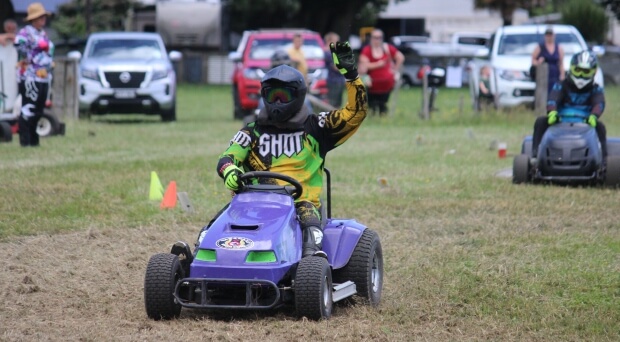 Club spokesperson Greg Heaslip of Rotorua said all the competitors loved the Cambridge venue and want to return.

Asked to provide race placing details, Heaslip said: “We don’t keep records of who wins, it’s all for fun, if they want to do a lap with the flag they can, but most prefer not to.”

Gosnell was not among the winners though as mechanical problems with his manual clutch mower – which included a burned driver belt – hampered his racing.

But observers did note that father and son Craig and Blake Tonkin of Hamilton dominated the front of the field in most races including the last where they battled for first in the laps before Craig called on his experience to take the chequered flag. Craig is a former drag racer who spent years driving at Huntly Speedway while Blake used the hit out as his last chance for a bit of racing before joining the Army. 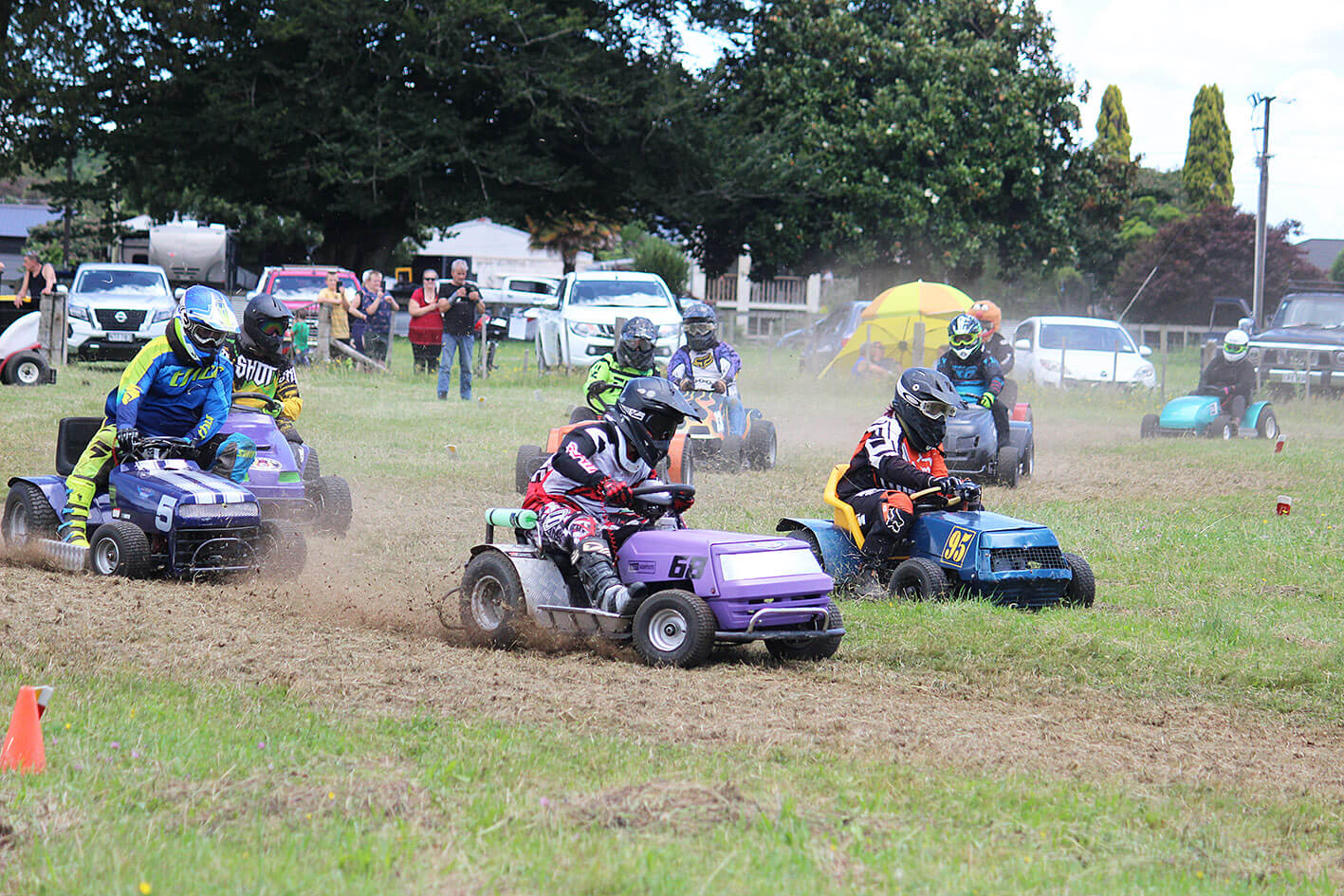 The only Waipā competitor was Robert Hamblin of Leamington who was instrumental in getting Cambridge added to the race roster.

“We’ve really enjoyed today,” he told The News. It was his call on Saturday to keep the event going despite rain. He was rewarded with fine weather and just a few spots of rain on Sunday itself. Lawn mower racing’s appeal is that it is one of the cheapest forms of motorsport in New Zealand.

And provided you have access to an old lawn mower engine, anyone can compete.

All mowers must run a maximum of 98 octane pump fuel only and compete in three modified classes and a non-modified fun class.

The club will compete at the Te Puke A & P Show this weekend show casing mower racing to the eastern Bay of Plenty.

“Safety and sportsmanship are central to our version of motorsport, where Kiwi ingenuity and a sense of humour are essential along with a desire to make that mower go faster,” said Heaslip.

“Of course, we always strive to keep our sport affordable safe, and accessible to all.”