Number’s up for plastics 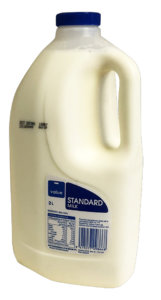 The country’s major supermarkets say they have plans to eliminate plastics which Waipā District Council has voted to remove from recycling bins.

Countdown – owned by Woolworths New Zealand – and Foodstuffs, which oversees New World and Pak ‘n Save, said they already have policies which will conform to the soon to be adopted Council change.

Waipā will limit recycling to plastics displaying numbers 1, 2 and 5. That includes milk and soft drink bottles. They are the only plastics which should be placed in a recycling bin. But not this cream container.

Plastics marked 3, 4, 6 and 7 will be consigned to landfills. They include items like styrofoam cups and some types of plastic containers and some plastic plates and cutlery.

Countdown and Foodstuffs have both signed the Ministry for the Environment’s New Zealand Plastic Packaging Declaration – committing them to using 100 percent reusable, recyclable or compostable packaging in their New Zealand operations by 2025 or earlier.

“We absolutely have to make changes – consumers and companies – and as quickly as possible. We’re determined to meet this,” Countdown’s general manager of sustainability Kiri Hannifin said.

Laird said Waipā District Council’s plans to limit recycling to grades 1, 2 and 5 reflected the global market and were the most widely recyclable plastic grades in New Zealand.

She cited a 2016 shift from polystyrene foam – plastic Grade 6 meat trays – to clear Grade 1 trays and stopping single-use plastics bags in January last year as examples of work Foodstuffs was doing towards a sustainable future.

“We absolutely have to make changes – consumers and companies – and as quickly as possible. We’re determined to meet this.”

“At this stage, we’ll not be removing products from shelves in our Cambridge or Te Awamutu stores in light of this district council change but we’re working as hard as we can to come up with appropriate alternatives within our own brand range. We’re asking suppliers to do the same.”

The company said it purge on plastics had resulted in a total of 150 tonnes of it being removed from its produce department alone.

“We’re introducing more recycled and recyclable packaging wherever we can.”

“…so we have nowhere to send them. They are very hard to recycle and have very little value.”

“Our aim is to try and promote waste reduction and ensure all recycling we do collect can be sold onto the market,” Mr Hudson said.