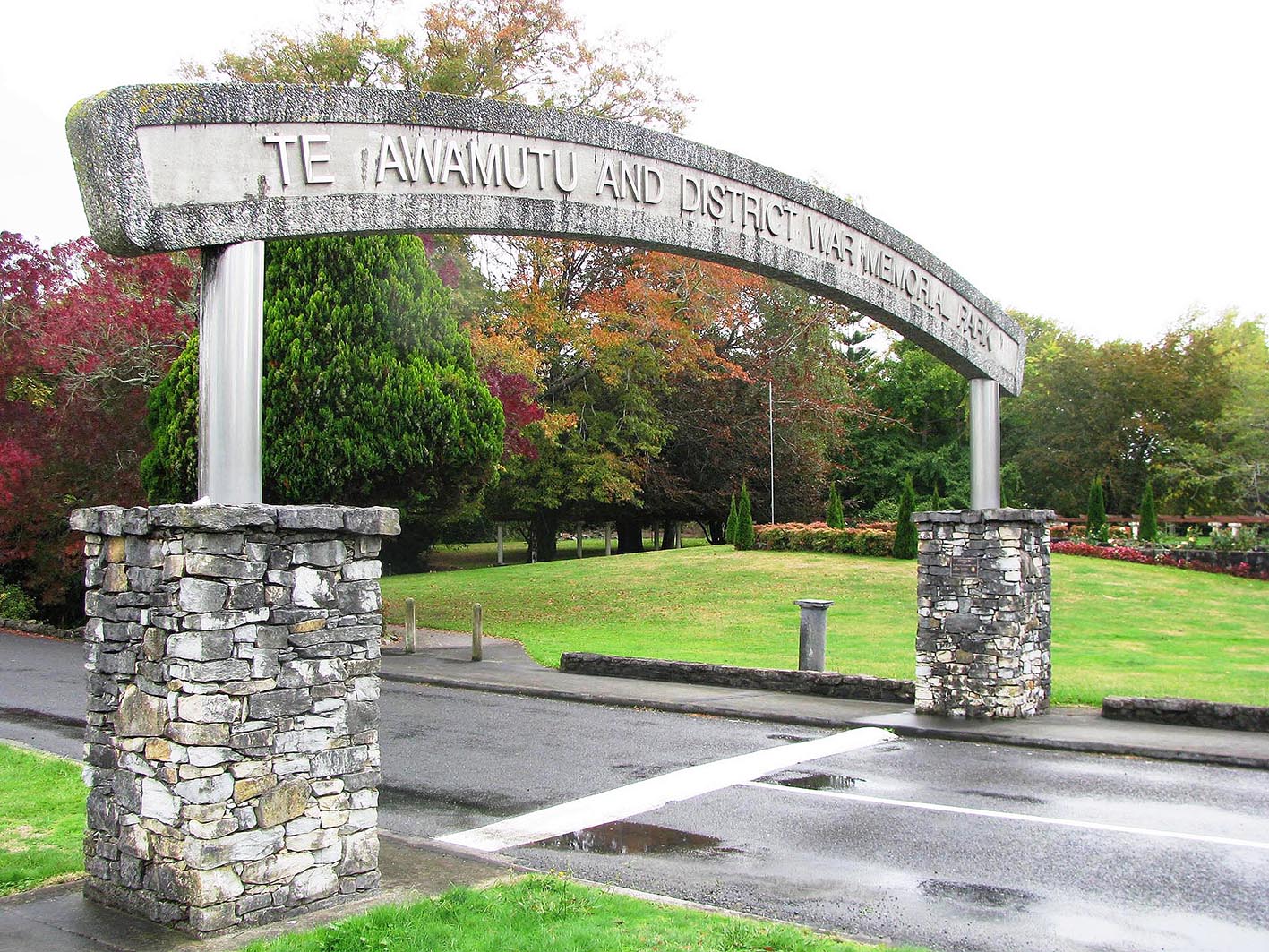 The park’s arch could be a victim of the changes

Decisions on the controversial revamp of Te Awamutu’s 65-year-old War Memorial Park will be made next year.

The Waipā District Council told the Te Awamutu News this week that the strong sentiment of submissions had been a factor in putting the process back.

The confirmation appears to negate concerns that decisions would be made on the eve of the festive season when there was a possibility it would go largely unreported.

A workshops to discuss feedback on the draft concept plan was held on November 3, and in a statement to the News this week the council said staff were asked to provide further information for some of the options proposed “to help in their decision-making”

“Due to the park being so beloved and with such a strong sentiment for some changes to the draft plan, members want to make sure all options are given due diligence. This does take time which is why the next workshop with this additional information will take place early next year,” Tofeeq Ahmed, Reserves Planner said.

In July at the cut off point the council had received 519 submissions, comprising 168 online submissions and 351 hard copy or email submissions on the park revamp.

The plan was initially tabled in April, and when it went out for public comment there was condemnation from some quarters.

The plan suggested replacing the park archway and erecting a memorial feature in place of the existing peace fountain.

Lifelong Te Awamutu resident Marc Dawson was among the most vocal of the critics.

He told the Te Awamutu News – at that time the only community paper publishing in Waipā as a result of the Covid-19 lockdown, he saw it as a “cv-building exercise which over-looked the heritage of the park”.

There was also strong opposition from the Te Awamutu Grapevine Facebook page – which was again active on the subject this week.

At the time, Te Awamutu Community board chair Ange Holt said the board has done no more than vote in favour of the document being put up for public comment.

“As a board, we are here to listen to the voice of the community,” she said.