Titchener said in his written submission he wanted to explain why boards should stay and would suggest changes but instead argued the case against fluoridating community water supplies.

Chair Andrew Brown used his authority to banish Titchener from the Zoom meeting.

The Kihikihi Residents and Ratepayers group proposed a ‘playground only’ site at Rochfort Park as part of the submission process for the Kihikihi Urban Development Plan.

Waipā District Council has yet to decide where a separate skatepark site would go and will consult with community groups. Read more 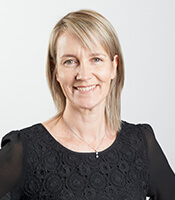 “You can’t have Christmas without a Christmas parade. We can’t be the grinches,” said Susan O’Regan.

With that, another round of discretionary funding approved by Te Awamutu Community Board wrapped up this week.

A Te Awamutu Community Board member wants the Bunnings name booted out of town.

In a notice of motion to the board this week, Richard Hurrell said the Bunnings car park should be renamed Arawata Street Carpark in all Waipā District Council communications.

“Bunnings has done no favours to the Waipā and getting the public familiar with a change of name for the location would be beneficial to all,” said Hurrell.

The former Te Awamutu store, bought for $2.05 million in May by council, will be home to Te Ara Wai, the district’s museum.

It is currently being used as a Covid vaccination centre under an arrangement between the council and Waikato District Health Board. Te Awamutu’s Peace Fountain will be working for Armistice Day commemorations on November 11 and 14 following an approach from Te Awamutu Community Board chair Ange Holt.